The same PS3 consoles have been on the market for a while now. The last time a change was made was when Sony moved to the new slim format. A pair of new PS3 consoles has crossed the FCC recently and all we know is that they have Bluetooth and WiFi. 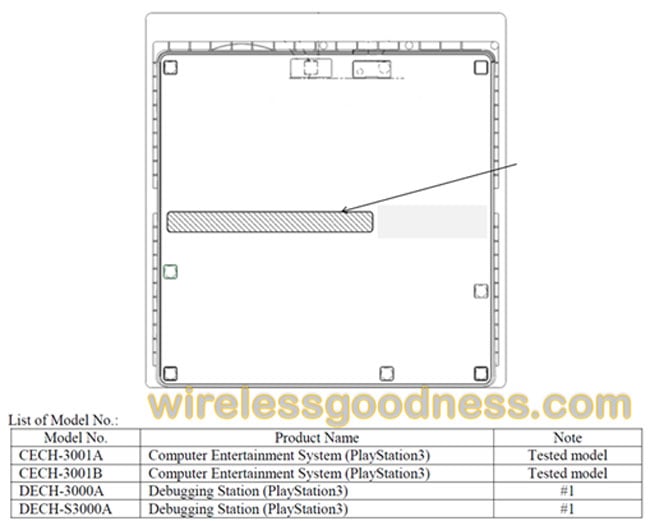 The new consoles have model number CECH-3001A and CECH-3001B. The letter designator is apparently for different HDD sizes. The current slim PS3 console has a model number in the CECH-2xxx range so these are definitely different.

What exactly are the changes? We have no firm indication, but I can hazard a few guesses. One would be that we are ready for the consoles to get a new update to the chipset making for new part numbers. Two, the consoles have been updated to foil GeoHot’s hack. Three, we may simply be looking at a new HDD capacity or something else minor.