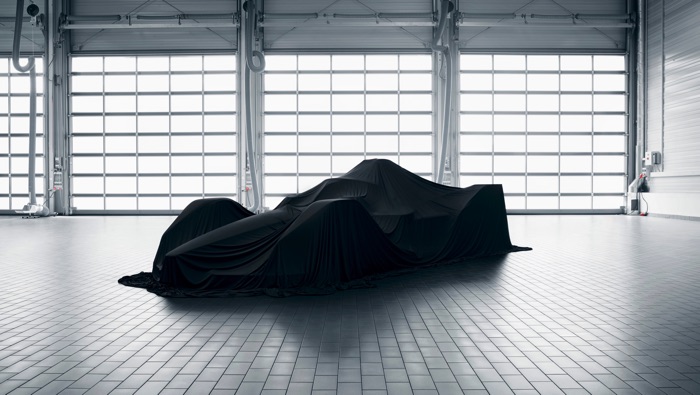 Porsche is teasing their new Porsche Formula E electric race car ahead of its official launch next week, the car maker has released a teaser video for the cr.

The new Porsche Formula E electric race car will compete in Season 6 of the ABB FIA Formula E Championship. The car will be unveiled on Twitch in a custom created video game on the 28th of August.

“Formula E Unlocked” will see the worldwide Twitch community guide Jani and Lotterer through the game in real time – overcoming hurdles and completing puzzles and challenges to unlock the Porsche Formula E vehicle. Community spirit is essential in the game as successfully unveiling the Porsche Formula E car is only achievable together.

“Formula E Unlocked” was designed with Twitch and is based on a live video production in Porsche premises.

You can find out more information about the new Porsche Formula E electric race over at Porsche at the link below.