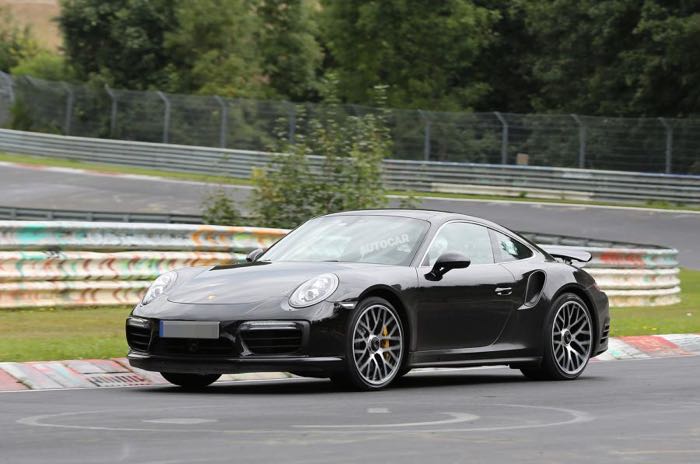 Porsche will take the wraps of their face lift Porsche 911 at the Frankfurt motor show next month and some recent spy shots have revealed the new Turbo and Targa versions of the face lifted 911.

One of the major new changes to the Porsche 911 will be a turbocharged flat six cylinder engine instead of a naturally aspirated engine for the standard models. 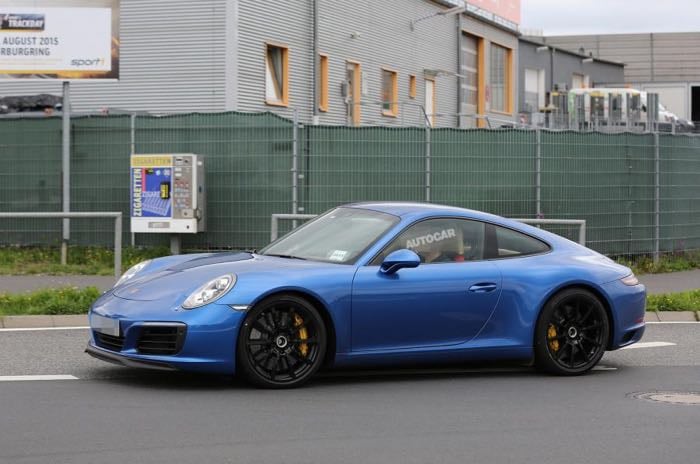 The new Porsche 911 engine is said to be a 3.0 litre turbocharged flat six engine with around 365 horsepower which us up around 20hp on the current model, the new 911 Carrera S will apparently comes with 414HP.

We will have more details on the second generation Porsche 991 911 when it is made official in Frankfurt next month.