Perfect World Entertainment, one of the premier free-to-play MMO companies that develops and publishes a good bit of the free-to-play MMOs you’ve probably heard of, has announced their next project: Swordsman. It’s a martial arts based fantasy MMORPG that’s based on Wuxia novels by Louis Cha. 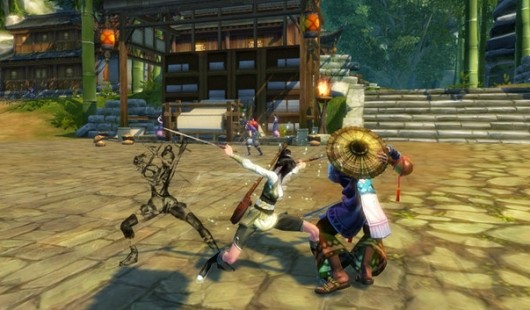 The central focus of the game are the ten unique fighting styles that are shown off in its announcement trailer, and the fact that it’s being built by Perfect World’s new Angelica III engine. The game takes place during the Ming Dynasty, where players will experience being a part of one of the ten unique martial arts schools as they attempt to master their chosen style.

The game sounds a lot like Age of Wushu, which I found boring after a short time. The fact that Perfect World is making it doesn’t put me at east, although I will admit that they’ve been doing a bit better recently.

Whether or not this game is anyone’s guess. It’s still in the early alpha stages of development and has a long way to go before anyone can start speculating on its potential. Still, let us know what you think about Swordsman in the comment section below.