Another patent has been filed by Apple for a new iPad device, and this one looks slightly different than the patent we saw back in September. This one was filed with the European Trademarks and Designs Registration office, and has both Steve Jobs and Jony Ive named on the patent.

As you can see from the patent diagram below, this iPad features two separate dock connectors, one on the bottom and one of the side, could it be the iPad 2. 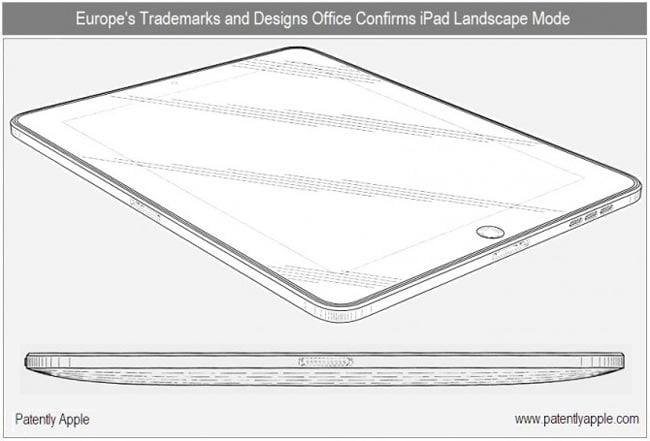 The first sighting  of this design was noted on September 25, 2010. This time around, we see that Steve Jobs and Jonathan Ives have signed off on the design.

It isn’t clear whether we will see this design used in the next generation iPad or maybe Apple are saving this one for a later date.

Patently Apple via 9 to 5 Mac