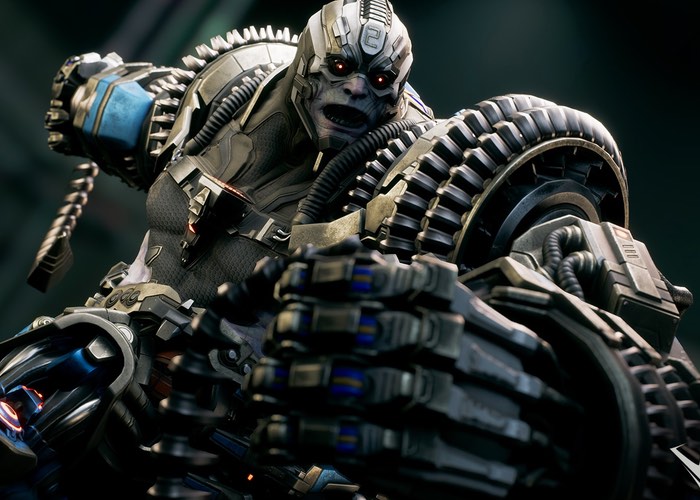 A new Paragon hero has been revealed this week in the form of Riktor takes the form of a melee tank who specializes in crowd control and is capable of locking down targets and pacifying enemies.

Paragon Is the new upcoming free to play multiplayer online battle arena game which has been developed and published by Epic Games and will be released on Sony’s PlayStation 4 and PC systems in the coming months and is powered by the Unreal Engine 4. Check out the video below to learn more about his moves, features and gameplay abilities.

His Riplash ability reaches out with his electric chain and pulls in enemy Heroes and/or minions while dealing damage. His Shock Therapy disrupts enemies by silencing them, and his Skewer Ultimate uses a web of chains to damage and stun everyone in his path.

Paragon is a third-person multiplayer online battle arena video game. The maps featured in the game are symmetrical, and bases are located at the two opposite ends of a map. Players are tasked to defeat their opponents and destroy the core in their base. In a match, 10 players are divided into two teams. The player assumes control of a “hero”. Each hero has their own major attack and possesses five sets of ability, with one of them being the ultimate ability.