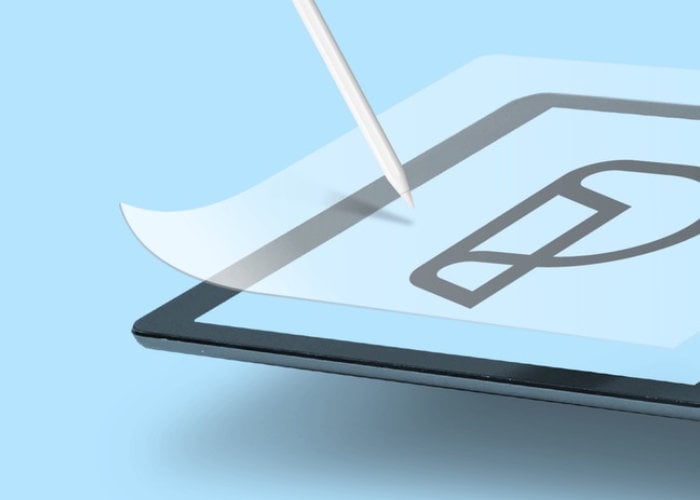 Jan Sapper has returned once again to Kickstarter to launch the second generation iPad screen protector and stylus film designed to provide paper like drawing and note taking experience when using the Apple Pencil with your iPad tablet. Building on the design and technology used in the first iPad screen protector the thin membrane surface is now includes Nanodots surface. Watch the demonstration video below to learn more about Paperlike 2.

The Paperlike 2 is now available to back via Kickstarter with early bird pledges available from €25 and worldwide shipping expected to take place during October 2019.

“Artists all around the world love the Paperlike for the improved precision and tactile feel. We optimised the ideal amount of friction for long drawing sessions and the right stroke resistance for optimal accuracy. The iPad is an amazing device for taking notes and for going paperless. But something’s not quite right. The slippery feel of the plastic pencil tip on glass makes writing imprecise and tiring. “

“The key ingredient for the new Paperlike is the new Surface Technology “Nanodots®”. We called it that for a very simple reason: because we’ve basically sprinkled tiny dots across the screen protector’s foil. These dots don’t disturb the light as much, thus you get a rougher screen with less refraction.”

For more information and to be one of the very first Kickstarter backers to benefit from the second-generation Paperlike iPad screen protector jump over to the official Kickstarter project page by following the link below.