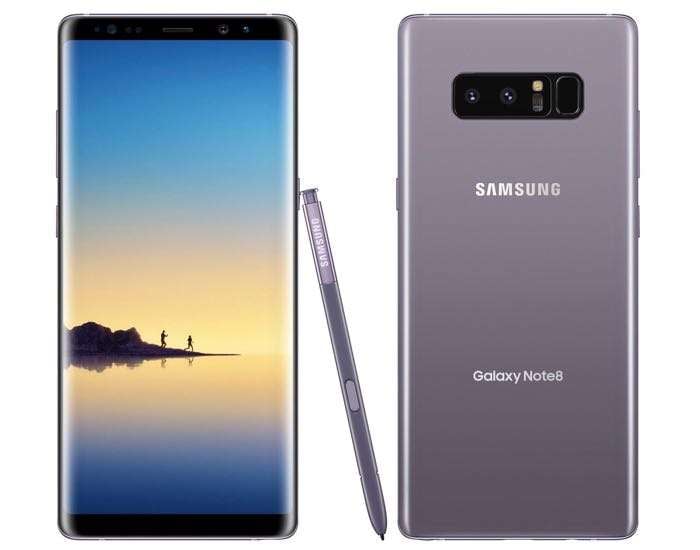 The Samsung Galaxy Note 8 will be made official later today and now we have a photo of a new color version of the handset, Orchid Grey.

Evan Blass posted the photo of the new Orchid Grey Samsung Galaxy Note 8 smartphone on Twitter, you can see the tweet below.

The Note 8 will have different processors in different countries, some countries, including the US will get the Snapdragon 835 from Qualcomm and others will get a Samsung Exynos 8995 processor.

We will have more information about the new Samsung Galaxy Note 8 when it is made official later today.