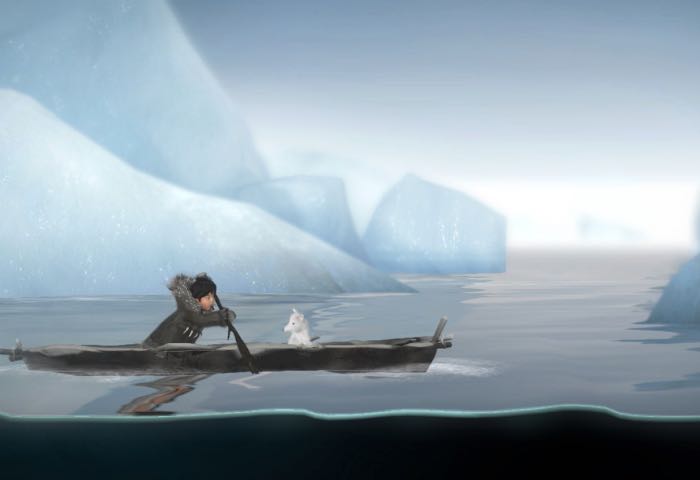 Brian Alspach Product Management at E-Line Games has rereleased new details about the new Never Alone DLC for Sony’s PlayStation 4 that will be launching and available to play on both PlayStation 3 and PS Vita.

The Never Alone: Foxtales DLC will be availablefor the original game on PlayStation 4 via the PlayStation Store from July 28th, 2015. Watch the video below to learn more.

We decided to base Foxtales on the story of ‘The Two Coastal Brothers,’ as told by Willie Panik Goodwin, Sr. The interdependence between the two brothers in this traditional tale was really compelling because in many ways it reflected the interdependence between Nuna and Fox. One brother is an excellent hunter and fighter. The other is a strong swimmer. To defeat the main antagonist, they must work together, each of their unique talents supporting the other and ultimately proving crucial to their success.

We made a decision early in our design process to set Foxtales not only in a different location but also in a different season: the Arctic spring. This not only let us include new game mechanics, but also let us develop art and level designs that depict the beauty of Alaskan environments that couldn’t have appeared in the original game – like an arctic prairie with the first blooms of spring peaking through the snowpack, the rapids and waterfalls of a river fed by melting snow or the subterranean lair of an unexpected new villain.

For more information on the new Never Alone: Foxtales DLC jump over to the PlayStation Blog website for details.