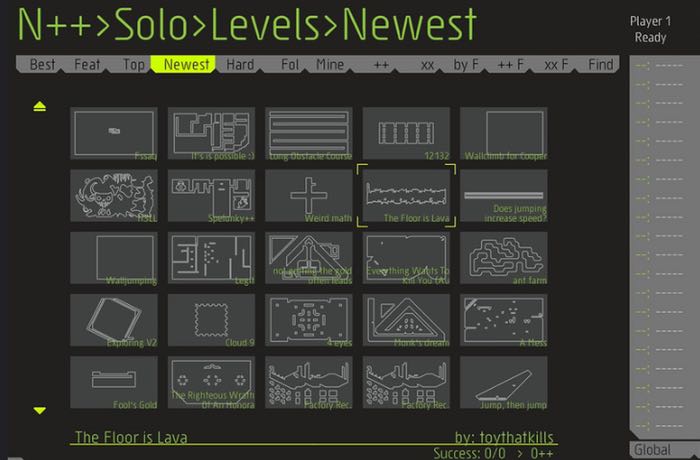 PlayStation gamers that have been patiently waiting for the arrival of the long awaited N++ game will be pleased to know thats its small team of developers and designers at Metanet Software Inc have now announced a lunch date for PlayStation 4.

July 28th is the date that N++ will arrive on the PS4 and after 2.5 years of development by a small three person team, the game is now ready for launch offering players 2,360 unique handcrafted levels to complete.

Watch the launch trailer below to whet your appetite for the games launch later this month.

N++ is a fast-paced, action-packed puzzle platformer set in the distant future. You play as a ninja, darting through obstacles, narrowly evading a slew of inadvertently homicidal enemy robots and collecting delicious gold in a minimalist, sci-fi world.

It’s finally time to reveal when you can get your hands on N++ for PS4! Check out all the stats on N++ in this awesome trailer featuring Richard E. Flanagan’s slick mograph, and get excited. As a special treat for PlayStation players, it’s a whopping 20% off if you pre-order in the next two weeks! Bonus: you also get an awesome N++ theme for your PS4.