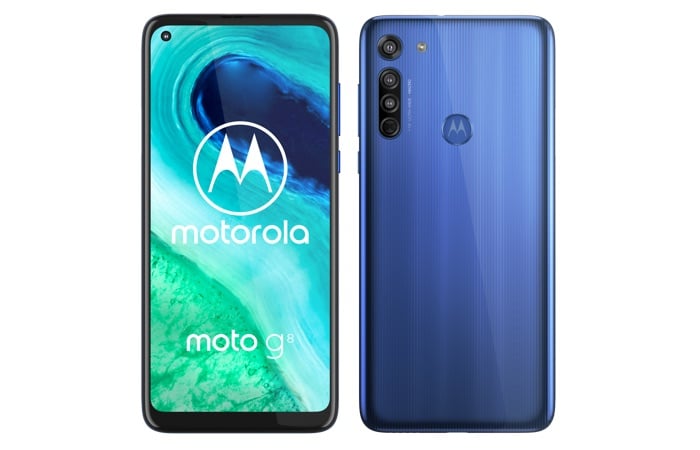 Motorola has unveiled its latest Android smartphone the Moto G8 and the handset features a 6.2 inch display with a  HD+ resolution.

The device is powered by a Qualcomm Snapdragon 665 mobile processor and it comes with 4GB of RAM and 64GB of included storage.

The Moto G8 comes with a 4000 mAh battery and a 10W rapid charger and it comes with three cameras on the back and one on the front.

The handset comes with Android 10 and it will be available in a choice of Neon Blue and Peal White, the device is now available in Brazil and it will launch in Europe, Latin America, Asia and Australia over the next few weeks.