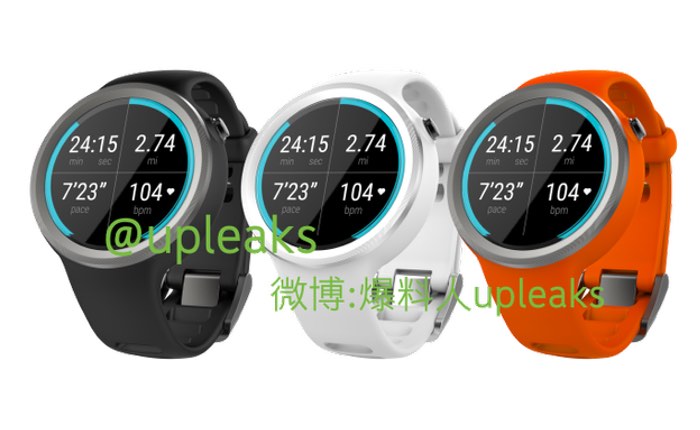 Ahead of any official announcement by Motorola, images and the few details have been leaked for a new Moto 360 Sport smartwatch which is expected to launch sometime during November 2015.

The Moto 360 Sport smartwatch is apparently a smaller version of the Moto 360 and includes fitness tracking features to monitor heart rate, distance and timings if the leaked images above are to be believed.

The new larger Moto 360 which has already been leaked previously is expected to arrive in September 2015 although with IFA 2015 starting this week we might be lucky enough to receive more information, about the new smartwatch devices and their specifications.

At the moment very little is known about the new Moto 360 range, although its thought that the new Moto 360 2015 edition might be available in two different sizes. Perhaps the leaked Sport smartwatch is one of those.

As soon as more information is either leaked or officially made available by Motorola during this week’s IFA 2015 event taking place in Berlin, we will keep you updated as always.