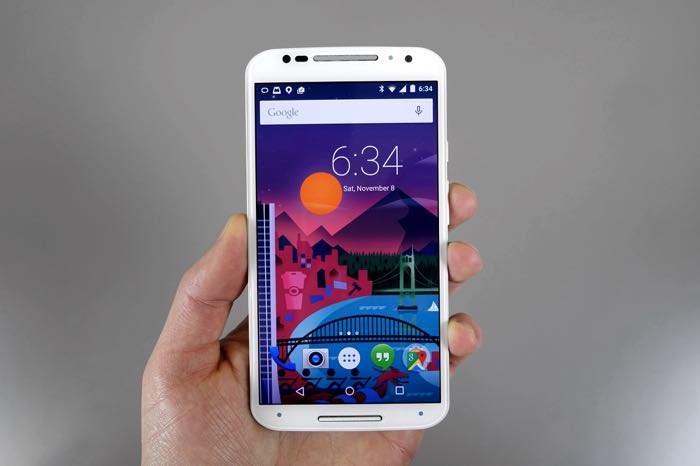 We have already seen Android 5.0 running on a number of devices, and now we have a video of Lollipop running on the new Motorola Moto X.

The video below was put together by the guys over at Droid Life, and it gives is a good look at Android 5.0 on the handset, the update was pushed to the ‘Pure Edition’ of the handset in a soak test.

As a reminder, the 2014 Moto X comes with a 5.2 inch full high resolution display that has a resolution of 1920 x 1080 pixels, the device also comes with a quad core Snapdragon 801 processor clocked at 2.5GHz.

Other specifications on the Moto X include 2GB of RAM and a choice of storage options including 16GB and 32GB, the handset also comes with a 2 megapixel front camera and a 13 megapixel rear camera.

As yet there are not details on exactly when the Android 5.0 update will be released for the 2014 Moto X, as soon as we get some more details, we will let you guys know.