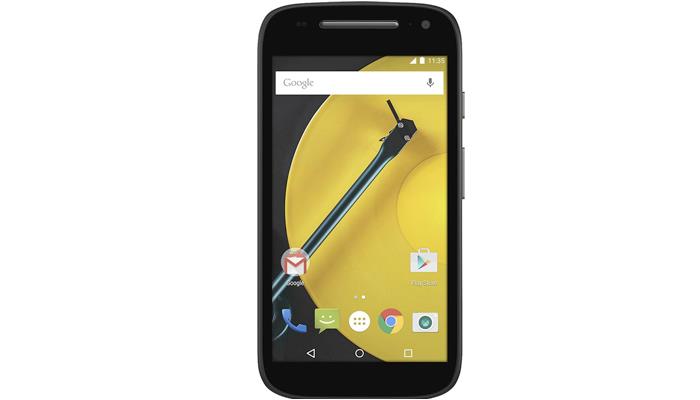 The low-end segment of the market is getting really competitive. Not too long ago, some press renders of an alleged Motorola device, believed to be the new Moto E, made their way on to the internet.

Although there’s no official word from Motorola as of now about the 2015 Moto E, but it seems Best Buy inadvertently listed the device online which was removed shortly, but it wasn’t quick enough.

People interested in the handset already got the information they were looking for, that is, the specifications and pricing details of the upcoming Moto E.

The handset carries an excellent set of specifications, and an extremely affordable price tag of $99.99, but the model listed was on Sprint, off-contract. The new Moto E will come with a 4.5-inch display sporting a resolution of 540 by 960 pixels, with a quad-core Snapdragon processor clocked at 1.2GHz paired with 1GB of RAM and 8GB of internal storage which can be expanded via a microSD card.

The handset also boasts a 5MP rear camera for photos and videos, 0.3MP front-facing camera, 4G LTE connectivity and runs Android 5.0 Lollipop as its operating system out of the box. At the moment, the retailer only listed the Sprint variant, but fret not, it’s likely that Motorola will offer an unlocked variant of the device through its website as well.

We’ll update you as soon as its available for sale.