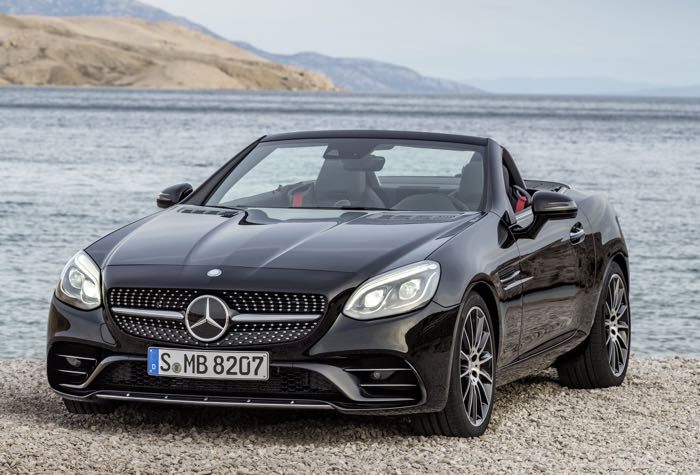 The 2017 Mercedes SLC roadster was made official earlier this week and now Mercedes has released a video of the car in action.

The video below shows the top model on the road, The SLC 43 AMG which has a 0 to 62 miles per hour time of just 4.7 seconds.

The Mercedes SLC 43 AMG is powered by a 3.0 litre V6 engine that also comes with bi-turbos, the car produces 367 horsepower and 5220NM of torque.

Mercedes will launch their new SLC range in 2016, the company has not released any information on pricing as yet.