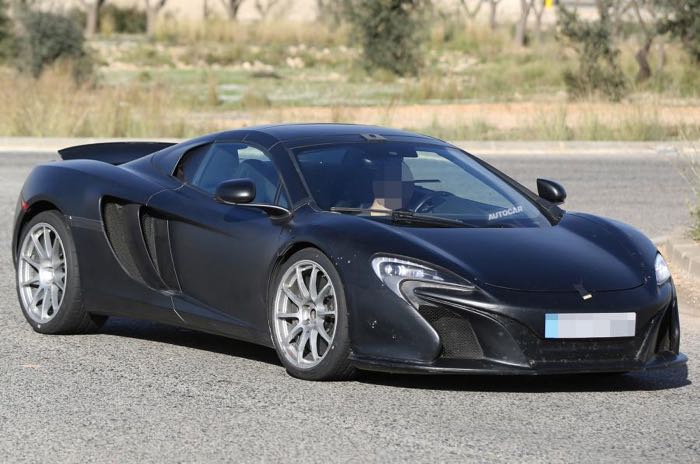 Back in October we heard that a new McLaren 675 LT Spider would be launching next year, the car has yet to be announced, although it has recently be photographed for the first time.

The guys from Autocar managed to get some spy shot of the McLaren 675 LT Spider, the car is expected to cost around £280,000 when it launches.

The photos have confirmed that it will come with a folding hard top roof like the company’s other convertible models. 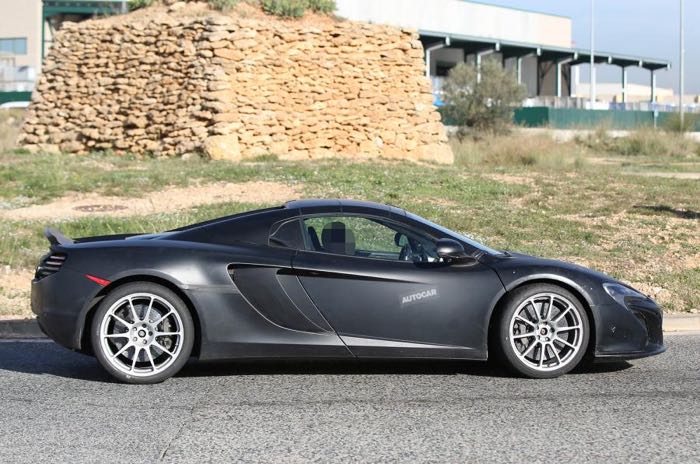 The car will feature the same 3.8 litre V8 engine with twin turbochargers as the coupe, it should have the same 666 horsepower and 526lt ft of torque as the coupe. 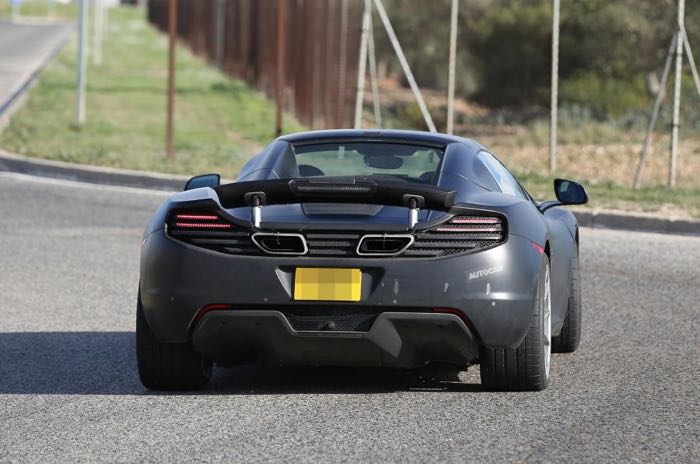 As yet there are no details on what performance it will have, the coupe has a top speed of 205 miles per hour and a 0 to 62 mile per hour time of just 2.9 seconds, the convertible is expected to share similar performance figures.