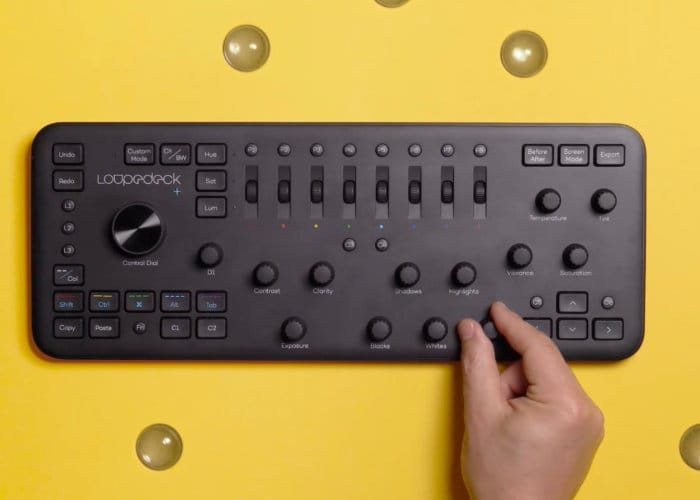 Loupedeck+ is also equipped with a custom mode that allows users full control of all dials and switches and the configuration software has been rebuilt from scratch to provide users with an even easier workflow and configuration options.

System requirements for the editing controller include Adobe Lightroom 7.4 or later, Aurora HDR, Beta integration with Capture One -Additional photo-editing software compatibility under development -Windows 10, Windows 8.1, Windows 7 -Mac OS 10.12 or later version -Internet connection needed for Loupedeck software download via USB 2.0. For more information jump over to the official Loupedeck website by following the link below.