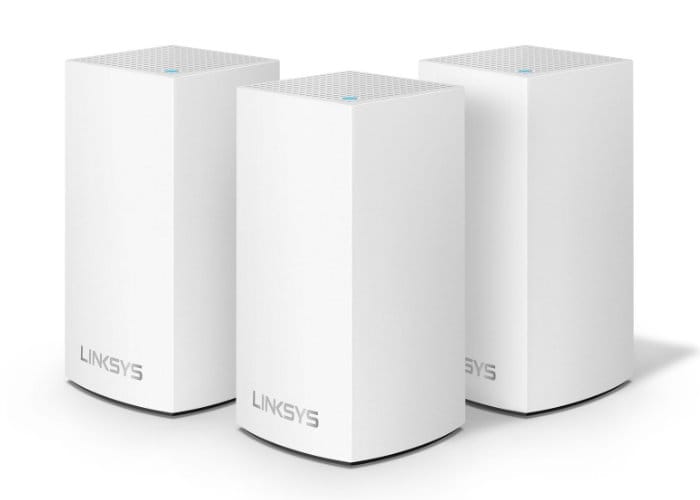 Linksys designed its wireless mesh router systems to increase the wireless connectivity throughout your home and remove those unwanted wireless dead spots. By creating a wireless mesh which encompasses your floorspace using a number of different “router nodes” to boost the wireless signal. Following on from the unveiling of their new Velop mesh router system back in CES 2018 during January. Linksys have now announced the imminent availability of the more affordable mesh router system will be available to purchase in a few weeks time from May 15th, 2018 onwards.

Linksys will be making available single double and triple packs priced at $129, $199, and $299 respectively depending on your needs. The price points are now considerably cheaper than the previous system which was priced at $200, $350, and $450 although the system is now slower than the original. The newer more affordable routers are now dual band rather than the more expensive tri-band routers previously launched. “Easy to set up and designed to fit anywhere, Velop brings ultra-fast, full-strength mesh WiFi to your home in minutes. Featuring Intelligent Mesh™ technology and a sleek, modular design, the Velop mesh WiFi system spreads strong WiFi through any kind of home.”

Features of the Linksys Velop mesh included the ability for it to self heal in case one of the nodes is accidentally unplugged. As well as being able to connect devices to the nearest node depending on their location within the house, for the fastest possible connection.

For more information and full specifications on the latest Linksys Velop mesh routers jump over to the official Linksys website by following the link below. Linksys has also created a customiser tool which allows you to find out which router combination is best suited to your home environment.