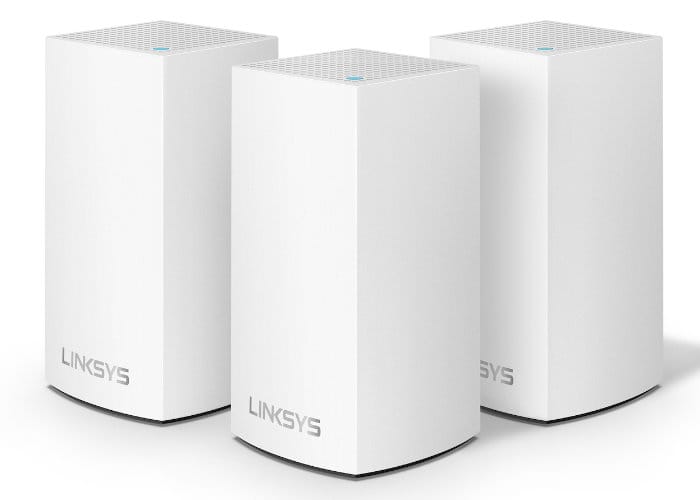 Those of you suffering from intermittent wireless connectivity around your home or small business may be interested to know that Linksys as introduced a new dual-band Velop mesh router, equipped with the same features of the previous model. Including client steering by node, appropriate backhaul configuration and more, but is now smaller and now comes without the third wireless band and promises up to 1,300 Mbps combined speeds. The individual nodes communicate with each other using wireless connectivity or wired ethernet, and a system can use both simultaneously if preferred to provide the best connectivity possible and remove any dead Wi-Fi spots from your home. 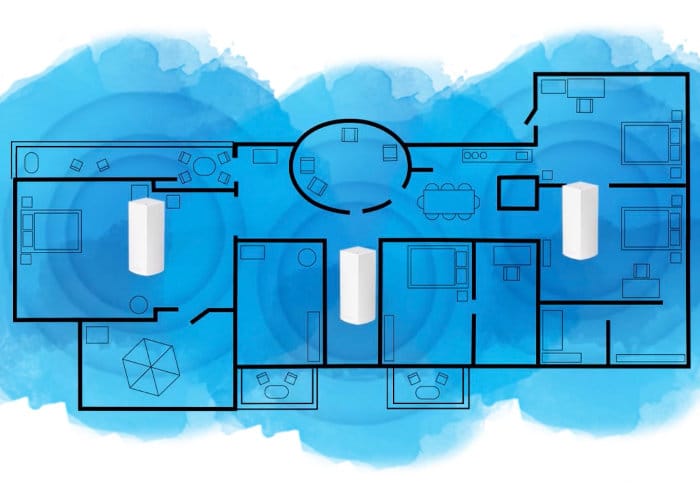 Even though the latest smaller mesh routers are now just dual band, they are also compatible with the existing Tri-Band nodes which are also still available to purchase if preferred. Linksys has also announced at CES 2018 that during the spring of this year they will be pushing out an automatic update which will improve the network functionality even further and include client steering by node allowing user devices to be connected to the nearest node. Each Velop ‘node’ has been designed to act as a robust Dual-Band AC1300 system that serves as router, range extender, access point, and bridge providing users with the future-proof technology they need as they bring new and more devices into the home, says Linksys.

As before the mesh routers can be controlled, monitored and configured using the companion smartphone application, available for both Android and iOS devices and use Bluetooth connectivity to recommend the best location to place the nodes to receive the fastest connectivity available. Unfortunately, no information on pricing or worldwide availability has been released as yet by Linksys for the new dual-band Velop mesh router, but as soon as information comes to light before its spring 2018 launch, we will keep you updated as always.