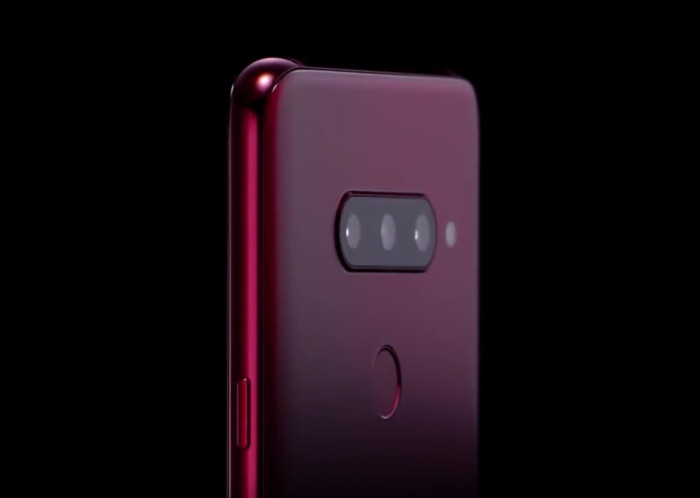 Yesterday we saw a leaked press render of the new LG V40 ThinQ and now LG has teased the handset on video.

The picture above was taken from the video and it confirms that the handset will feature three rear cameras, there will also be two cameras on the front.

The new LG V40 ThinQ will come with a Snapdragon 845 and a choicie of 6GB or 8GB of RAM, storage is also rumored to be a choice of 64GB or 128GB. LG are holding a press event next month where the handset will be made official.