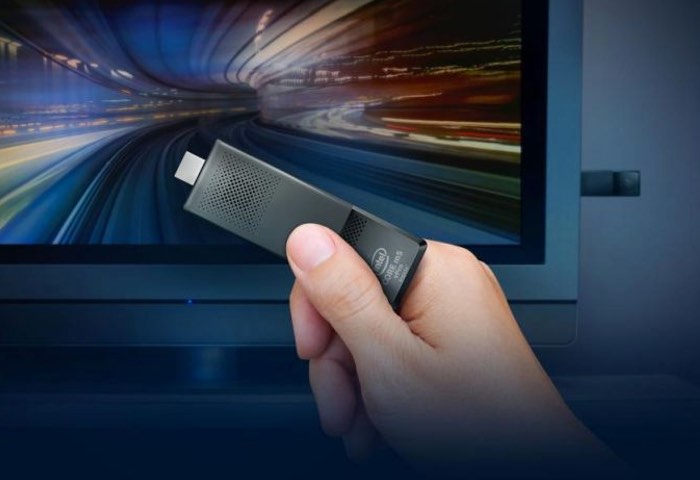 The Skylake CPU is supported by 4GB of RAM and the pocket PC is also equipped with 64GB of internal storage together with connectivity provided by dual-band 802.11ac WiFi and Bluetooth 4.0. 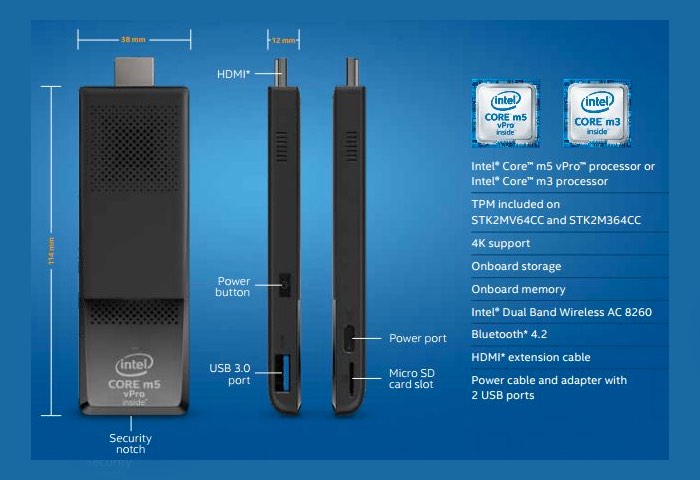 A handy SDXC card reader is also included that will support removable storage up to 128 GB in size and Intel has also included a HDMI 1.4 B connector. The latest Intel Compute Stick is also fitted with a USB 3.0 port and is expected to be made available during Q1 2016 although no pricing has as yet been announced by Intel.

With regards the second generation Intel Compute Stick range there will be at least three models available at launch taking the form of a STKMV64CC with a Core M5-6Y57 vPro processor, STKM3W64CC, and STKM364VCC with Core M-6Y30. All of which will be available with Windows 10 preloaded or without any operating system installed at all.