The all new HTC One will be made official later today, and now we have a video comparing the new HTC one vs old HTC One.

The video below gives us a good look at the new HTC One (M8) next to last years HTC One (M7), and compares the hardware and specifications of the two smartphones. 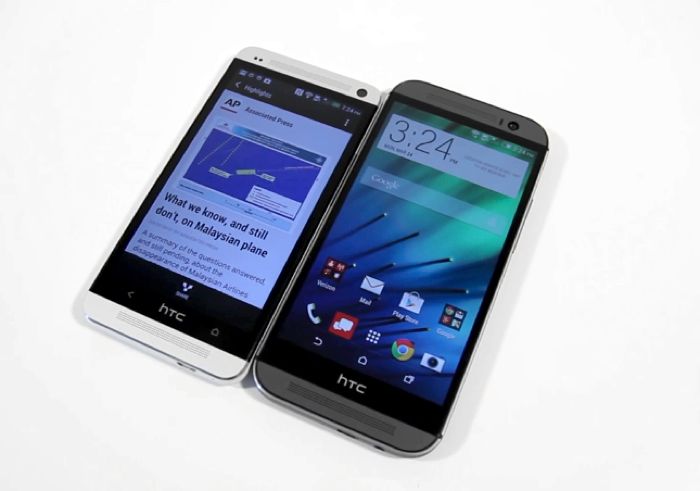 We already know the specification on the new HTC One, the handset will feature a 5 inch full high definition display with a resolution of 1920 x 1080 pixels.

The new HTC One is powered by a quad core 2.3Ghz Qualcomm Snapdragon 801 processor and it features 2GB of RAM and an Adreno 330 GPU.

Other specifications on the new HTC one include a front facing 5 megapixel camera, and dual HTC Ultrapixel cameras on the back of the handset.

The device comes with 16GB of built in storage, plus a microSD card slot for expansion, and it also features a 2,600 mAh battery.

The new HTC One will come with Android 4.4 KitKat and will feature the latest version of HTC’s custom user interface, HTC Sense 6.0.

We will have more details and photos of the new HTC One later today when the handset is made official, hopefully we should have some information on pricing and a launch date.