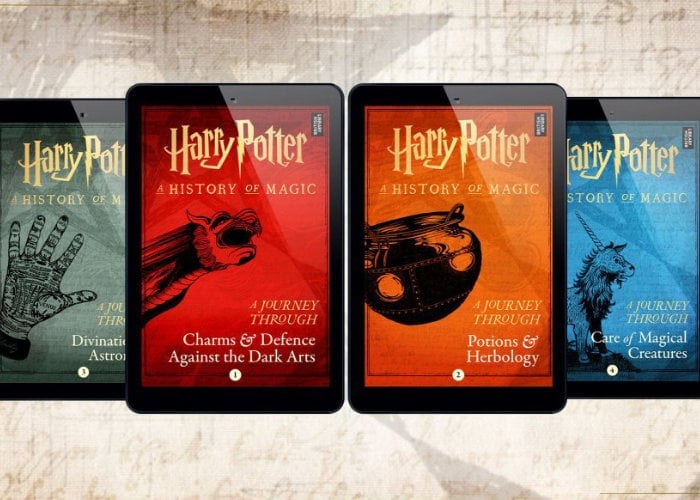 Harry Potter author J.K. Rowling has this week announced she will be releasing for new Harry Potter books online expanding the magical series even further. The new Harry Potter eBook editions are now available to ptr-order priced at $2.99 from the Pottermore and other online stores such as Amazon UK and Amazon US, Apple and Kobo. The eBooks will launch in English, French, Italian, and German initially.

“The series features four bitesize reads, each themed by Hogwarts lessons, and will take you back in time once again to learn about the traditional folklore and magic at the heart of the Harry Potter stories, accompanied by some new, gorgeous line drawings from London-based artist Rohan Daniel Eason. You may remember Harry Potter – A History of Magic and the family edition, Harry Potter – A Journey Through A History of Magic, which came out back in 2017. This was followed by the audiobook last year, which featured expanded interviews with the exhibition curators, narrated by Natalie Dormer. These eBook shorts are adapted from the audiobook and are a chance to absorb the colourful characters and curious incidents of the real history of magic in a more compact form – perfect for the train or whatever Muggle transport you prefer.”

To learn more about the four new Harry Potter books jump over to the official Pottermore blog by following the link below.