Fujifilm has today released a teaser image of its Fujifilm X-Mount camera which it says will be launching on January 28th 2014 with full details of the new camera being unveiled to the world.

As you might expect the new Fujifilm X-mount camera includes the same interchangeable lenses system in the series and may even feature the same 16-megapixel X-Trans CMOS II sensor used in the X-E2. 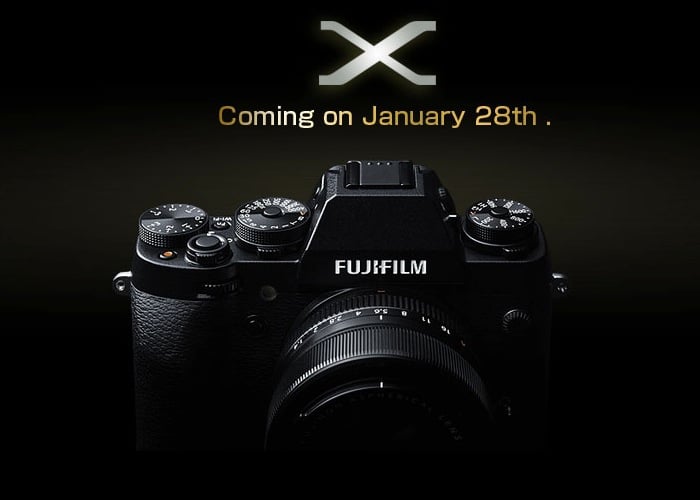 As you can see from the teased image of the new Fujifilm X-Mount camera the layout of the controls and its shape are similar in design to the Fujifilm X-E2 which is currently priced at £799. However expect the new addition to the range to be slightly more expensive due to its new features.

Its rumoured that Fujifilm may called their new camera the X-T1 and they have equipped it with a slightly different viewfinder in a different position when compared to the currently available X-E2 Fujifilm camera.

Unfortunately no information on specifications, pricing or worldwide availability has been released as yet, but as soon as information comes to light on January 28th 2014 we will keep you updated as always. However it is thought the camera might be priced around £1099 when it launches but this has not been confirmed.