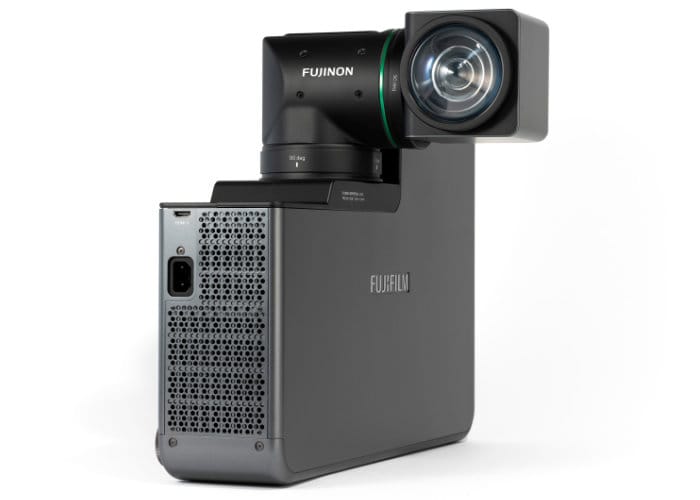 At the Photokina 2018 photographic conference this week Fujifilm has unveiled a new projector which is equipped with a rotating lens, offering multidirectional image projection and making it easy to switch between vertical and horizontal displays. Watch the demonstration video below to learn more about the two-axial rotatable lens which is fitted with FUJINON lense and “cutting-edge optical technology”. 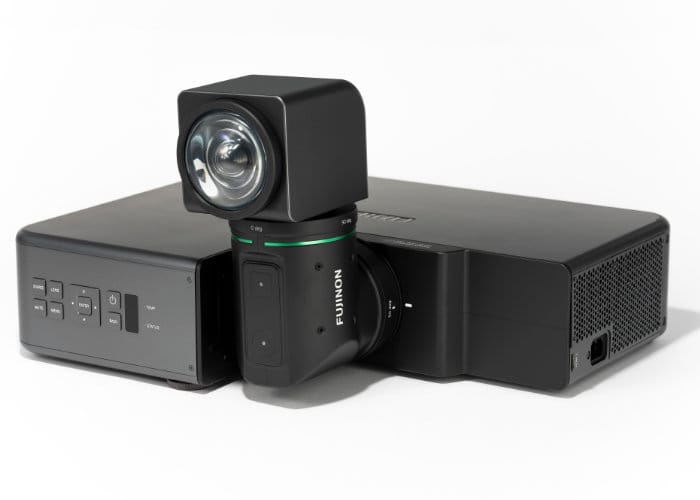 Using short throw lens and laser light technology makes it possible for the projector to display a clear bright image on a 100-inch screen from a distance of just 75cm. “The new Fujifilm projector will be a perfect choice for large-scale digital signage at stores or spatial design projection at art galleries / museums, where installation space is limited, or for image projection on ceiling / floor to make effective use of available space.”

Unfortunately, no information on pricing or worldwide availability has been released as yet by Fujifilm, but as soon as information comes to light, we will keep you updated as always. Fujifilm is expected to announce more details about availability sometime during 2019.

“The use of the world’s first “two-axial rotatable lens” gives this projector a capability of directing the lens up, down, front, rear, left and right to project images in various directions without having to move the main unit. This means it can project images not only on a wall or screen but also on the ceiling and floor. It has a small footprint of 0.18m2 when placed horizontally and just 0.05m2 when placed vertically.”