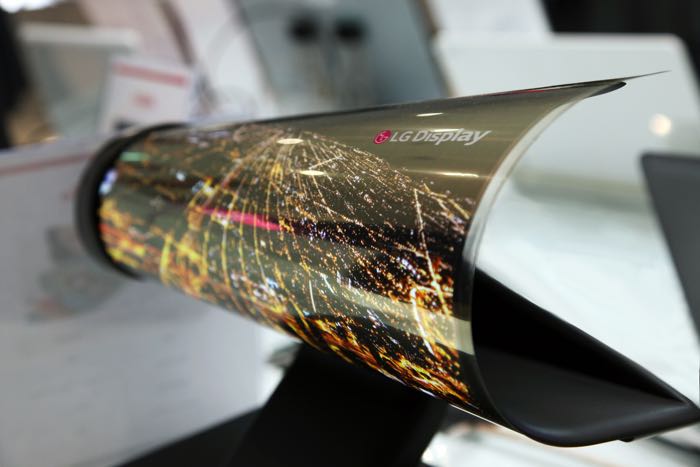 CES 2016 kicks off later this week, the have already heard about a number of devices that will debut at this years Consumer Electronics Show and now LG will be showing off a new Flexible OLED display at the event.

This new Flexible OLED display from LG features an 18 inch display and the screen can be rolled up like a newspaper.

The company will also showcase futuristic concept displays that highlight the dynamic forms that OLED can achieve, including the world’s first 30R 18-inch rollable display that can be rolled-up like a newspaper; a 55-inch design concept OLED TV display that is paper-thin since the electric circuits are installed separately; and a matching pair of 65-inch extreme-curve concave/convex OLED displays.

We will have more details about this new flexible display from LG and also their new range of TVs later this week.