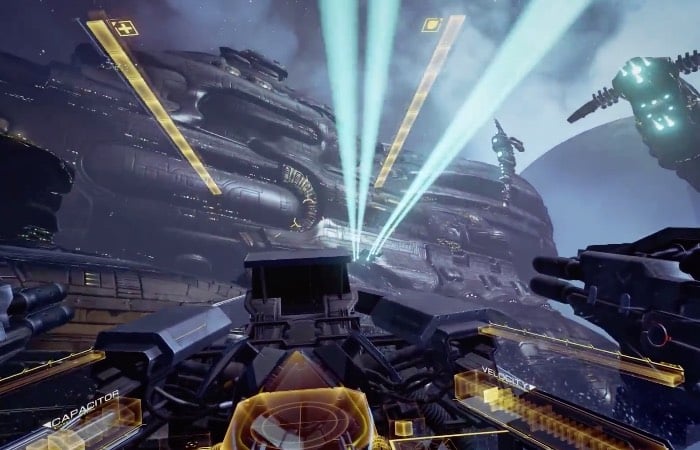 EVE Valkyrie is currently in development by CCP Games and will support the new virtual reality headsets being created by Oculus VR in the form of the Oculus Rift for PCs and Project Morpheus being created by Sony for their new next-generation PlayStation 4 console.

EVE Valkyrie is a multiplayer dogfighting shooter game set in the Eve universe, check out the latest EVE Valkyrie gameplay trailer which was unveiled at Fanfest 2015 for attendees to enjoy.

“This EVE Valkyrie gameplay trailer puts you in the cockpit of a heavily-armed starfighter in the most realistic zero-G shooter available on any platform. Experience intense team-based dogfights, immersive VR gaming technology, and the dark sci-fi setting of the EVE Online universe.

Led by the intrepid Lt. Rán Kavik (voiced by Battlestar Galactica’s Katee Sackhoff), you and your fellow pilots will navigate obstacle-laden space lanes under heavy enemy fire and create safe passage for the Gallente fleet you are sworn to protect. Take the offensive, guard your fleet, and complete your mission.”