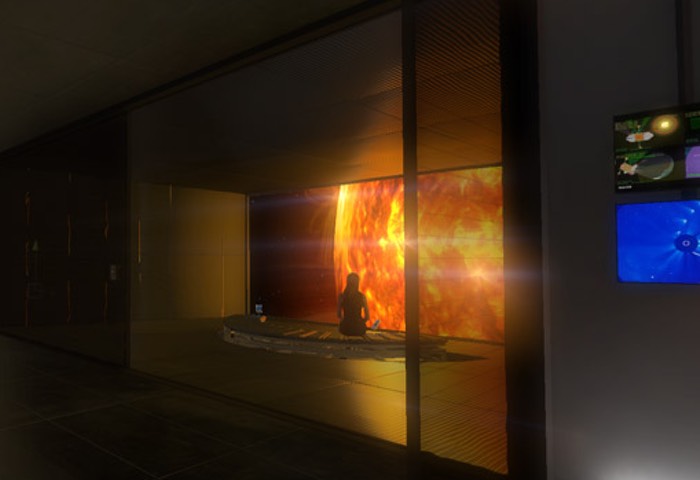 A new Oculus Rift demonstration has been created by Artist and Developer Julian Butler, that is accompanied by music composed by John Murphy in the form of ‘Adagio in D Minor’.

The new Oculus Rift demo has been built to provide a more relaxed VR environment for users to experience virtual reality, maybe even for the first time.

The Oculus Rift VR demo is a tribute to the solar observation deck concept and set depicted in the 2007 movie Sunshine, directed by Danny Boyle. Butler explains :

“Take a few moments on the couch to enjoy viewing our sun. This is my fan tribute to the solar observation deck concept and set depicted in the 2007 movie Sunshine, directed by Danny Boyle.

This is meant to be one of the more calm Oculus Rift experiences where you can spend some time relaxing and looking around. Take in the prominences while John Murphy’s ‘Adagio in D Minor’ plays as you approach the viewing deck glass. View information on the monitors from the Solar Dynamics Observatory in the adjacent science lab. It can be a good introduction for those experiencing VR for the first time.”

For more information on the new Oculus Rift demo jump over to the Oculus VR website for details via the link below.