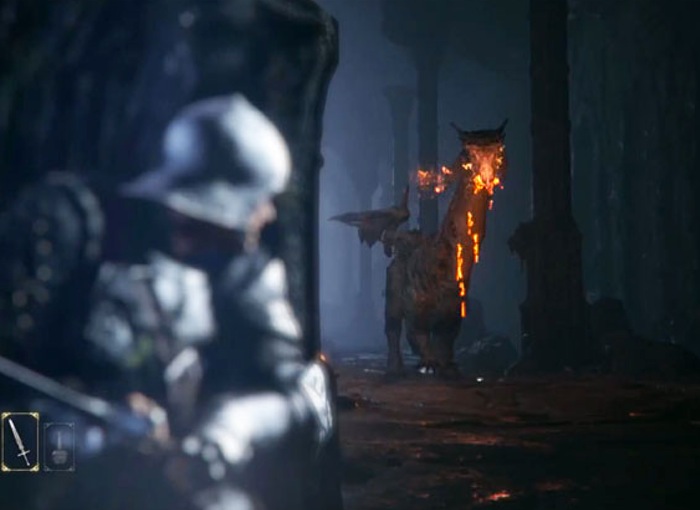 PlayStation 4 owners that are patiently waiting for the highly anticipated role-playing and awesome looking dungeon crawl game, Deep Down. Which was unveiled last year and is currently being created for Sony’s PlayStation 4.

Are sure to enjoy this new, if fairly brief, Deep Down PS4 trailer unveiled at this week’s E3 games conference currently underway in Los Angeles.

The Deep Down PS4 RPG game is being built on the Panta Rhei games engine and players start in New York City in the year 2094, and are then transported back in time to explore distant dungeons after touching magical artefacts.

The game provides players with spears and swords to use as weapons and vanquish foes and also includes a multiplayer feature allowing friends to combine forces online and battle bosses within the dungeons of the Deep Down PS4 game to find those extra special elusive treasures.

Unfortunately no information on a worldwide Deep Down PS4 release date has been announced as yet by its developer Capcom, but as soon as information comes to light we will keep you updated as always. Lets hope its sooner rather than later as it looks an exciting well polished game in the recent E3 trailer.