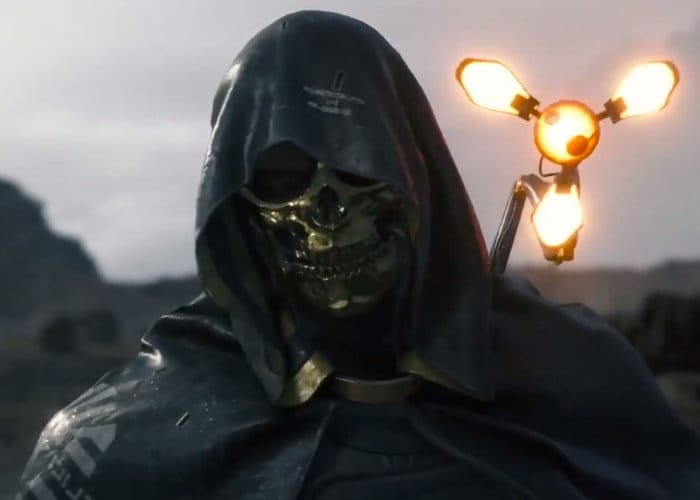 A new glimpse at the highly anticipated new Death Stranding game has been revealed at the recent Tokyo Game Show 2018 games conference in the form of The Man in the Golden Mask trailer. Providing a first look at a masked character played by Troy Baker. Earlier this year it was revealed that both Emily O’Brien and Troy Baker would be joining the cast which already includes Norman Reedus and Mads Mikkelsen.

Check out the latest teaser trailer below to learn more about the mast character and what you can expect from the storyline, but don’t expect all your questions to be answered. Previously Hideo Kojima explained more about the secrecy behind the project : “In this time, people just want immediate answers, but not only answers, they also want to know what they feel. This is good, this is bad. This is a game I should like. This is a game I shouldn’t like. They want answers for what they should think. It’s like a math problem, where knowing the answer is not that important. The important thing is the process of getting to the answer. I don’t want to take away the most fun part for the players.”

The Death Stranding game will be officially launching on the PlayStation 4 sometime in the near future, but as yet its developers Kojima Productions have not confirmed an official release. As soon as more details are made available we will keep you up-to-date as always. Death Stranding Offer both single and multiplayer gameplay.