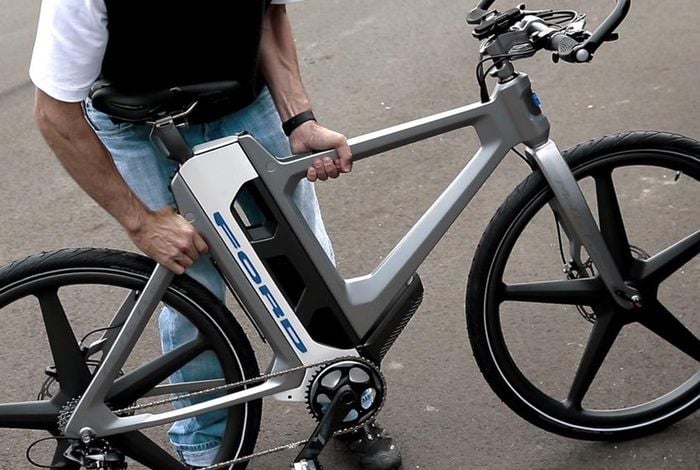 The Ford motor company has today unveiled a new collapsible concept eBike they have created in the form of the Ford MoDe:Flex eBike, that was announced via a Tweet earlier today.

The latest eBkie design from Ford builds on the technology included in its previous eBike designs the MoDe:Me and MoDe:Pro and is now fitted with a few useful extra gadgets. One of which is capable of altering riders when a pot hole in the road is incoming.

Together with the ability to be collapsed down for easy transport and storage when not being used. The Ford eBike MoDe:Flex specifications are still under wraps at the moment but the previous eBike from Ford was fitted with a 200-watt motor and 9-amp-hour batteries, providing a top pedal-aided speed of 25 km/h or 16mph.

Check out the video below to learn more about the design behind the Ford MoDe:Flex eBike. Unfortunately no information on pricing or worldwide availability has been released as yet by Ford for the concept or even if it will go into production, but as soon as information comes to light we will keep you updated as always.