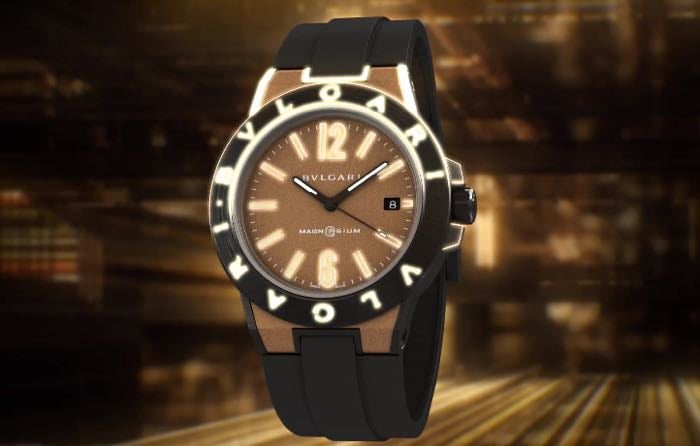 Tag Heuer recently confirmed they were working on a new smartwatch and now another luxury Swiss watchmaker has shown off a smartwatch concept at Baselworld 2015, the Bvlgari Magnesium concept.

The Bvlgari Magnesium concept appears to be a mixture of an analog watch with some smartwatch features.

The device is designed to electronically store some of your data and the watch can also be used to unlock things like your door locks, car doors and more.

A self-winding mechanical watch in-corporating all the codes of luxury, as well as an electronic passport connected to the watch and its wearer, whose con­fidential data now enjoys total protection. This veritable intelligent vault is the result of a partnership between the luxury brand and WISeKey, a leading Swiss company in high digital security and sensitive data storage.

The device comes with a built in chip that stores thing like passwords and login information and other data which can be accessed by a smartphone app. The watch is expected to go on sale later this year and could retail for around €5,000.