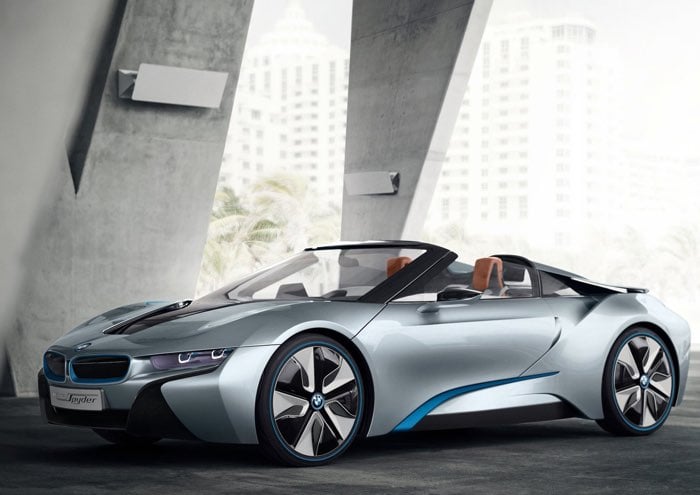 The BMW i8 Spyder was first unveiled in concept form back in 2012, yesterday we heard that BMW has decided to put the car into production.

Now it would appear that we will be seeing a new BMW i8 Spyder concept in January 2016, BMW will unveil the vehicle at CES 2016 next month.

We can expect the car to look slightly different that the original concept car that is pictured above, as this one will probably be a lot closer to the production model than the one announced in 2012.

BMW are expected to showcase the technology used in the new concept i8 convertible at CES 2016 next month and we may get to find out what plans BMW has for the cars roof.

When the i8 Spyder was first announced back in 2012 it feature removable roof panels, this would not be practical for a production car so we can expect to see some sort of folding roof when the car is shown off next month.

The car could come with a similar power plant to the current production i8 Coupe which is made up of a petrol and an electric engine, as soon as we get some more details on exactly what BMW has planned for their new i8 convertible, we will let you guys know.