We have seen a couple of new Apple patents this week, including the convertible Macbook, iPad device, now the guys over at Patently Apple have discovered a new patent for a new Apple MagSafe connector.

As you can see in the diagram below, it features a new power and data transfer system, slightly different to Intel’s Light Peak, and it seems the patent was actually filed about one year before Intel actually announced Light Peak. 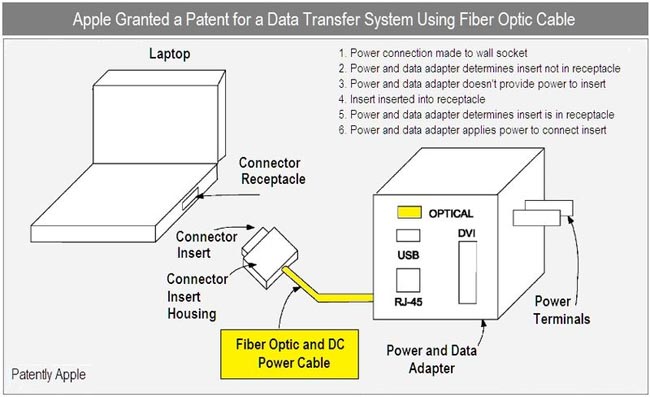 The patent was originally filed a year prior to Intel announcing that they were working on a next generation I/O called Light Peak. For all intents and purposes, this seems to be the patent to confirm that Apple had this technology well under development prior to Light Peak’s announcement.

You can find out more details on the patent over at Patently Apple.