Photos of the unannounced next-generation Kindle Fire HD have been leaked ahead of any announcement being made by Amazon, revealing what you can expect from the design of the new tablet.

The leaked Kindle Fire HD photos are the very first glimpse of the new tablet which Amazon has been developing for some time and which were provided to the BGR website by a “trusted” source. 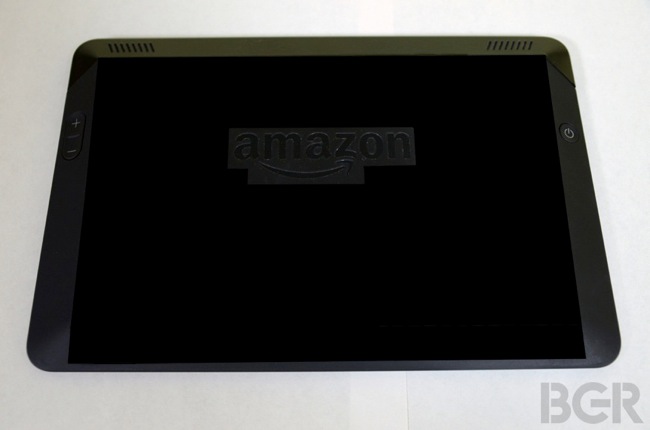 As you can see in the photos much of the back of the devices has been covered with a black mask to prevent any details or serials being discovered. But the edge of the new Kindle Fire HD can clearly bee seen together with the power button on the rear.

Other features that can be seen include the stereo speakers which have now been moved to the top on the new Kindle Fire HD and the band across the bottom on the back of the current HD tablets has been removed. 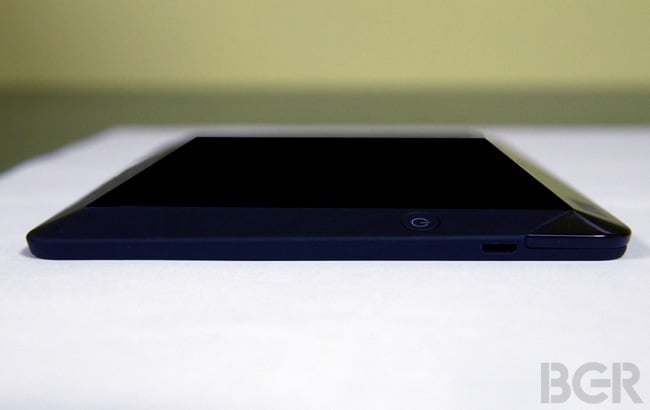 To re-cap on rumours the new 7 inch Kindle Fire HD is expected to be fitted with a 1,920 x 1,200 pixel display, and powered by a quad-core Qualcomm Snapdragon 800 2GHz processor supported by 2GB of RAM, together with Wi-Fi, optional cellular data, all running Android 4.2.2 Jelly Bean with options for either 16GB, 32GB or 64GB of internal storage. The larger screened 8.9 inch model swill be the same but offer a resolution of 2,560 x 1,600-pixels.

The new Kindle Fire HD is expected to be launched by Amazon in the coming weeks, with the larger version arriving in stores during November 2013. 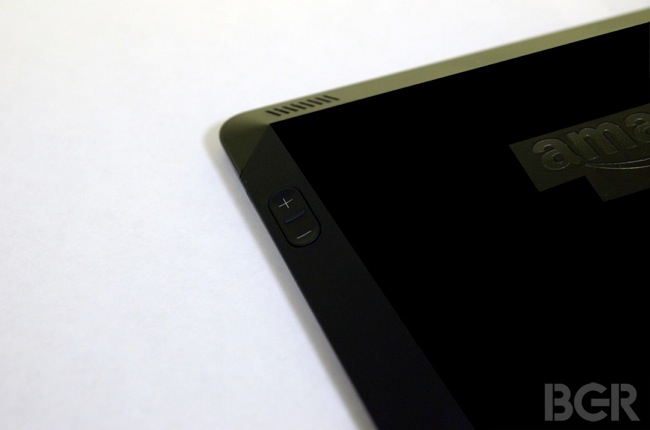