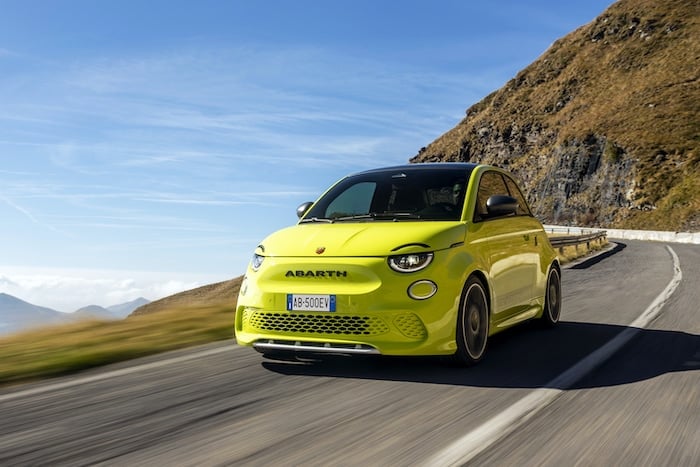 Abarth has unveiled a new fully electric vehicle, the Abarth 500e and it will be available in a special “Scorpionissima” launch edition.

The Abarth 500e electric vehicle will come with a 42 kWh battery and the car will produce 113.7 kWh or 155 horsepower. 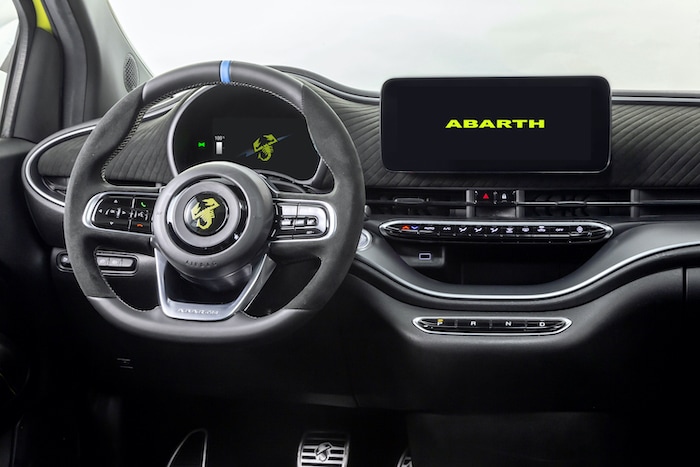 The New Abarth 500e is the most responsive and exciting Abarth 500 ever in city driving, performing better than an Abarth 695 in responsiveness. In fact, it is 1 second faster in the urban pickup, which means 50% faster acceleration from 12 to 25mph than its petrol-powered counterpart. The New Abarth 500e is also faster outside of city driving, for example on hairpin bends, where from 25 to 37mph it can reach the target speed in just 1.5 seconds—much faster than its petrol version, which lags behind by 15 metres, reaching 37mph a second later. 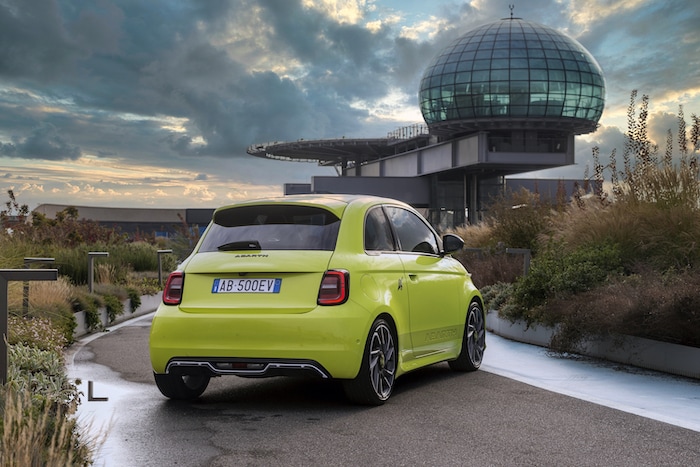 Finally, on the open road, the full electric New Abarth 500e performs overtaking manoeuvres faster than its petrol version, reaching a speed of 62mph (starting from 37mph) when its petrol counterpart is still driving at 56mph, with a difference of approximately 1 second. To summarize, on ‘Misto Alfa’ Balocco’s track the New Abarth 500e beats the 695 by over a second.

You can find out more information about the new Abarth 500e electric vehicle over at Arbath at the link below.