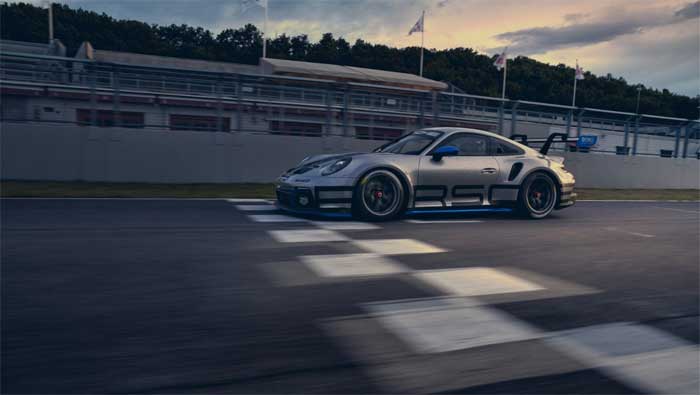 Porsche has unveiled the newest version of the 911 GT3 Cup racing car. The vehicle is the first racing version based on the current 992 generation and is the first Cup race car to use the wide turbo-spec body. The racing car produces 510 horsepower, 24 horsepower more than the previous model.

Porsche says the racing car can also run on synthetic fuels lowering CO2 emissions under race conditions. The expectation is that the new Cup car could reduce lap times by one percent depending on track layout. Porsche began developing the new racing car in early 2019.

The car has optimized aerodynamics to improve handling and performance. The rear “swan neck” spoiler has 11 adjustable positions and is designed to ensure uninterrupted under-wing airflow. The vehicle weighs 1260 kilograms dry, making extensive use of aluminum and carbon fiber. The interior has also been redesigned, featuring a 10.3-inch color monitor in the dash. The transmission is a six-speed sequential unit. Pricing is unannounced, and deliveries will begin to race teams in February 2021.