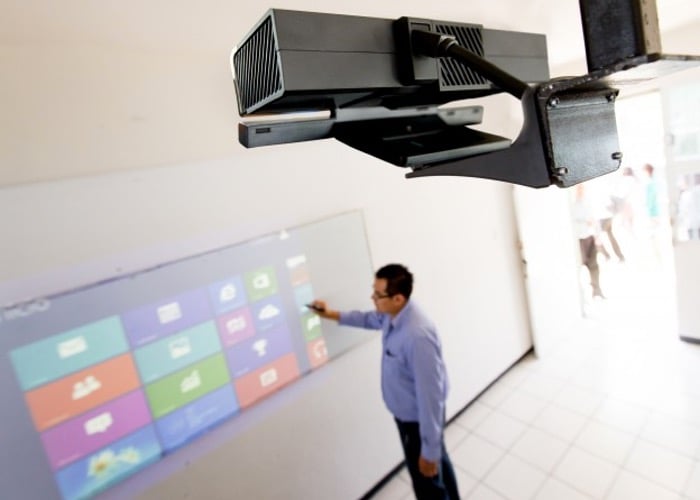 Microsoft has today announced that they have made available a new Kinect adapter that is available for $50 and provides the ability to use a Kinect for Xbox One gesture control sensor and attach it to Windows 8 PCs and tablets.

Using the new $50 Kinect adapter all Kinect v2 sensors, Kinect for Windows v2 and Kinect for Xbox One will perform identically explains Microsoft and can be used with the SDK 2.0 to create apps.

Microsoft also announced that they have now made the Windows SDK 2.0 is now available for the Kinect v2 sensors for free to both developers and the public. Developers can also now commercially sell Kinect applications via the Windows Store for the first time.

“The Kinect SDK 2.0 is available today for you to download for free here. There are no fees for runtime licenses of commercial applications developed with the SDK. With over 200 improvements and updates to the SDK since we released the public preview in June, including enhancements to Visual Gesture Builder, Kinect Studio, and Kinect Fusion, we get you coding faster with a substantially more stable and feature-rich product.

Kinect Apps in Windows Store. For the first time, you can commercially deploy Kinect apps in the Windows Store. This was a frequent request from the community and we are delighted to enable you to bring more personal computing experiences that feature gesture control, body tracking, and object recognition to Windows customers around the world.

Access to the Windows Store opens a whole new marketplace for business and consumer experiences. Several of our partners have already taken advantage of this and have apps available for download in the Windows Store today including:“