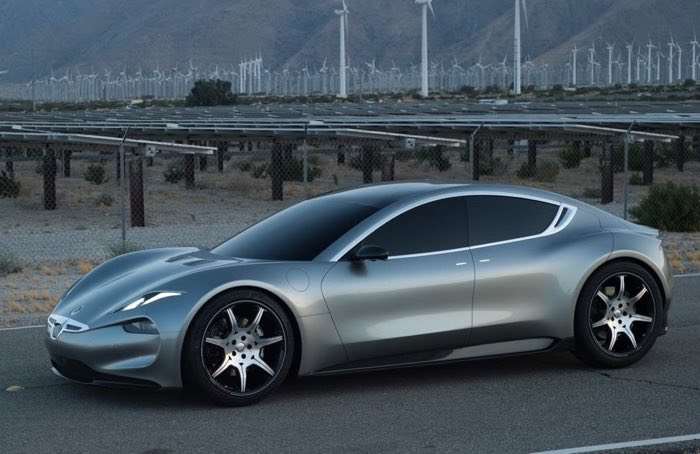 Fisker has revealed their new EV, the Fisker EMotion and the company is calling the vehicle the ‘world’s most advanced EV’.

We have been hearing about the new Fisker EMotion for some time and have seen a couple of photos of the car, the company has now released full photos of the vehicle along with some more information about it.

The Fisker EMotion will have a range of around 400 miles which is about 643 km, the car will not used a lithium-ion battery, previously it was going to be powered by graphene super capacitors.

Fisker have made a number of changes to the cars design since the concept car was unveiled back in 2016, this includes larger wing mirrors and deeper doors.

Fisker will launch their new Fisker EMotion some time in 2019 and pricing will start at $129,000, as soon as we get some more information about this new EV, we will let you guys know.