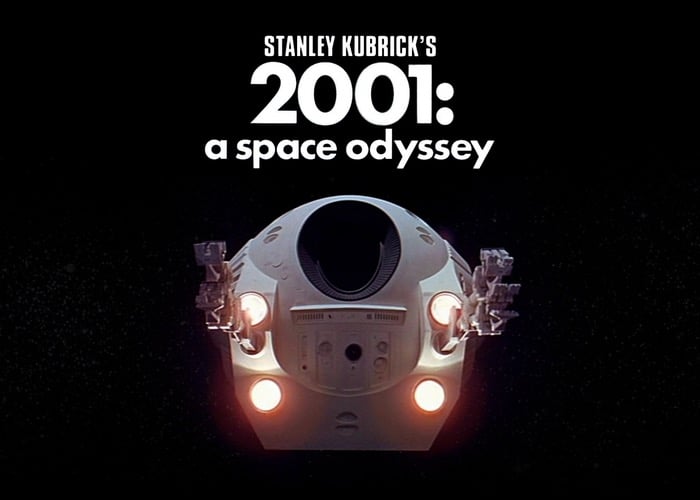 A new 2001 A Space Odyssey trailer has been commissioned by the British Film Institute and Warner Bros. and is the first to have been re-created in the past four decades, in preparation for the highly anticipated digitally restored limited UK theatrical release.

Directed by Stanley Kubrick the iconic 2001: A Space Odyssey movie has been provided with a brand-new trailer which can be seen after the jump.

The new limited UK theatrical release will take place on November 28th 2014 as part of the British Film Institute’s “Sci-Fi: Days of Fears and Wonder” season that also includes movies such as Barbarella, Brazil, A Clockwork Orange and 1984.

2001: A Space Odyssey stars Keir Dullea and Gary Lockwood will also be available in a panel for discussion at the BFI Southbank in London all the launch date.

“Philosophically ambitious, technically innovative and visually stunning, Stanley Kubrick’s sci-fi epic is frequently cited in polls as one of the finest films ever made.

Co-written by the director and novelist Arthur C Clarke, the film charts the progress of ‘civilisation’ through the influence of mysterious black monoliths on prehistoric apes developing their skills and, later, on astronauts involved in a secret mission to Jupiter. Characteristic of Kubrick’s interest in evolution and artificial intelligence (most notably in the astronauts’ battle of wits with troublesome computer HAL 9000), the film also displays his desire for technical perfection:

Geoffrey Unsworth’s camerawork, Douglas Trumbull’s pioneering effects and the production design remain enormously impressive to this day. But what’s perhaps most striking is the audacity of the measured, largely dialogue-free storytelling, with Kubrick allowing the judiciously chosen music (Ligeti, Khachaturian, the two Strausses) and the crisp, balletic beauty of the images to work their spell. A cinematic milestone, and a huge influence on the development of the sci-fi genre.”