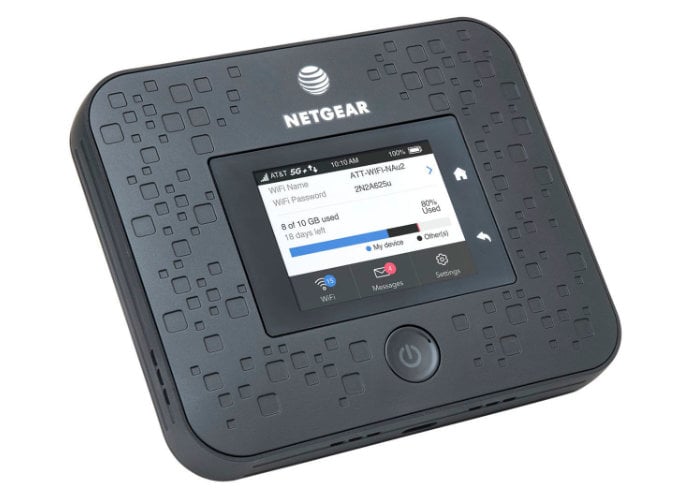 Netgear has officially unveiled its new 5G mobile hotspot at CES 2019 this week in the form of the Netgear Nighthawk 5G which is compatible with the AT&T mobile network service and has been designed to enable you to access the Internet at high speed while away from your home or office.

The new Netgear Nighthawk 5G mobile hotspot is equipped with a Qualcomm Snapdragon X50 5G modem. Netgear also explains that the hardware is also equipped with standards-based millimeter-wave spectrum — a higher frequency spectrum that can carry larger amounts of data at higher speeds.

The Netgear Nighthawk 5G mobile Hotspot is expected to cost $499 outright and $70 per month for 15GB of data. AT&T will be expanding its 5G mobile network to seven more cities throughout the United States during the first half of 2019. Adding 5G connectivity to Las Vegas, Los Angeles, Nashville, Orlando, San Diego, San Francisco and San Jose.