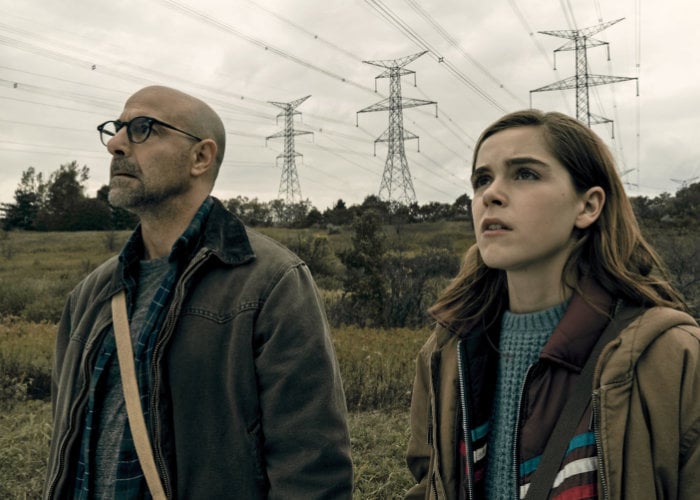 In just under two weeks time, a new film based on a book by Tim Lebbon published in 2015 will be premiering on Netflix in the form of The Silence, and will be available to view from April 10th, 2019 onwards. Similarities to the recent movie “A Quiet Place”, The Silence tells the story of a world under attack from creatures who hunt prey using sound alone. Watch the latest trailer to be released by Netflix to whet your appetite for the characters and storyline. The Silence stars Stanley Tucci, Kiernan Shipka, Miranda Otto, John Corbett, Kate Trotter and Kyle Breitkopf.

“When the world is under attack from terrifying creatures who hunt their human prey by sound, 16-year old Ally Andrews (Kiernan Shipka), who lost her hearing at 13, and her family seek refuge in a remote haven. But they discover a sinister cult who are eager to exploit Ally’s heightened senses. Based on the acclaimed novel, THE SILENCE is directed by John R. Leonetti (ANNABELLE).”

The new movie hands to the ever-growing list of original Netflix content which is continually rolling out providing a wealth of viewing whatever your tastes may be.