It has been revealed this week that Netflix the streaming movie and television series service has started testing a number of new subscription plans for customers to enjoy. 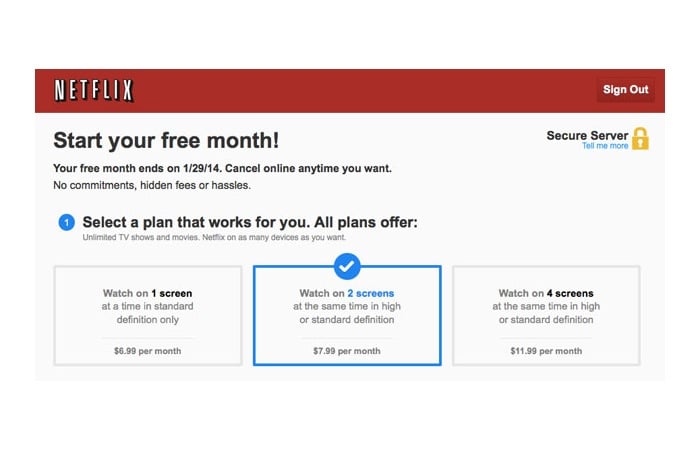 Since it launched Netflix has resisted the urge to sell cable TV style pricing packages, however the new Netflix subscription packages which are currently being tested are evidence that Netflix is looking to offer additional options to it’s growing customer base.

It is also thought that Netflix will offer a $10 per month subscription plan that will offer users 3 simultaneous streams to be enjoyed from different screens. As more information is confirmed and released by Netflix over the coming weeks and months we will keep you updated on news as always.

Last month it was also revealed that a number of movies might be leaving the Netflix library, however Netflix has been contacted regarding the loss of these movies but would not confirm exactly which titles will be leaving the service, and commented on the constant ebb and flow of titles via its Watch Instantly service.