Netflix has announced a new version of its Android tablet app, which includes versions for all Android tablets including the Amazon Kindle Fire and the Nook Tablet, and the new version comes with a re-designed user interface. 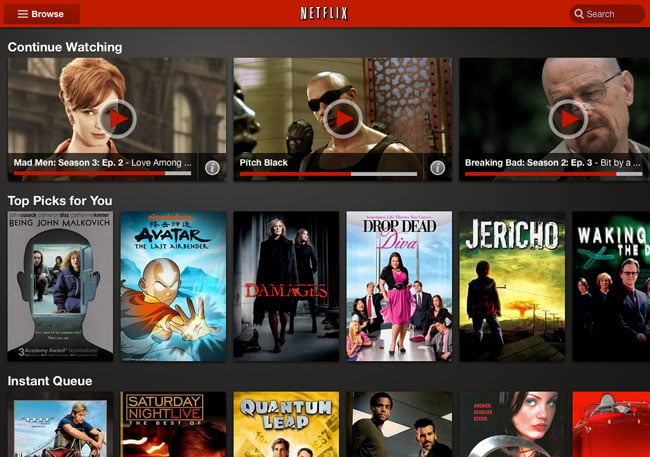 The new design is much more immersive and provides greater focus on the growing number of titles in the Netflix catalog. In fact, the new interface displays twice as many movies and TV shows as before, enabling you to discover even more titles you’ll love. Also, we’ve taken greater advantage of the tablet’s unique features, inviting you to swipe through rows of titles featuring larger artwork.

Netflix has also said that the they will also be releasing a new version of their Netflix app for the Apple iPad with a new user interface, and it should land on the iPad in the next few weeks.