We have seen a few different USB drives made out of old NES controllers before on Geeky Gadgets, the latest one was created by Joe from ProtoDojo, and it features built in security. 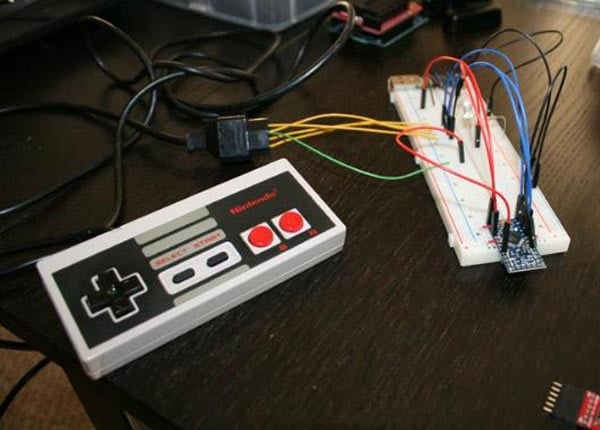 When the USB drive is plugged into the PC, nothing happens until you enter the Konami code via the controller buttons, check out the video of it in action below.

It’s fairly straight forward. The arduino constantly polls the controller for button states. When you push a button, it stores that value in an array which always holds the most recent 10 values. Whenever you push the start button, it checks the stored array against a separate array which contains the values for the konami code.

Very cool!, head on over to Joe’s website ProtoDojo for more details on this cool NES Controller USB Drive with built in security.

Hack A Day via Hacked Gadgets