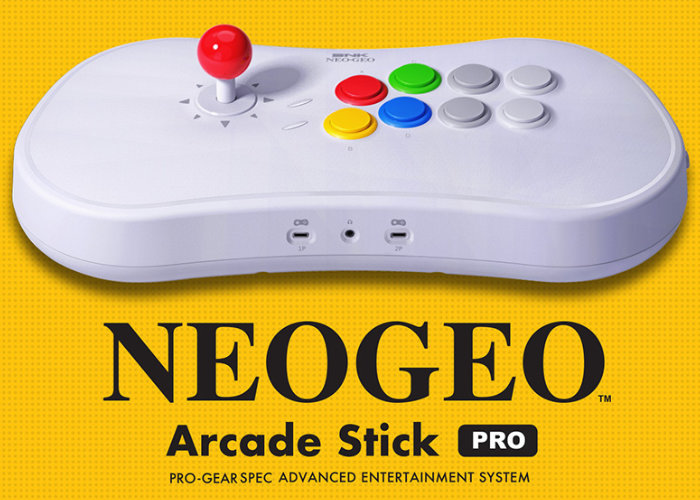 SNK has now confirmed the games that will be preloaded on the new Neo Geo Arcade Stick Pro although pricing and availability details have still not yet been released. Designed to offer gamers a controller that plugs directly into your large screen TV, the Arcade Stick Pro controller features eight buttons, plus Turbo, Option, Select, Start, together with other buttons positioned on the side. 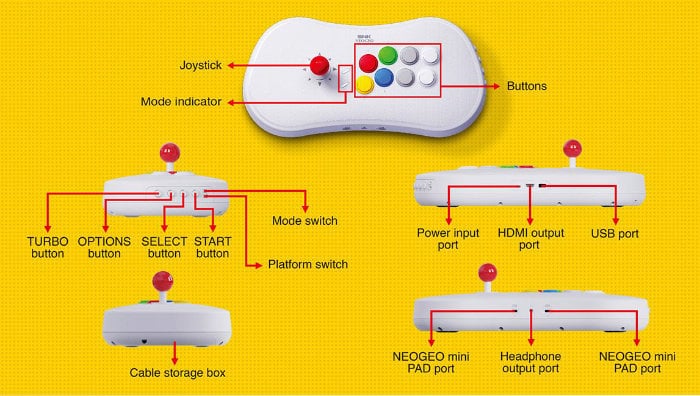 The Neo Geo Arcade Stick Pro is similar in size to other arcade sticks and measures 430mm wide x 214mm deep. SNK says they have plans for a worldwide release although specifics may change depending on the country of launch. Other features include HDMI port, USB port, power and headphone connection. As soon as more updates are released by SNK regarding a launch date and price we will keep you up to speed as always. 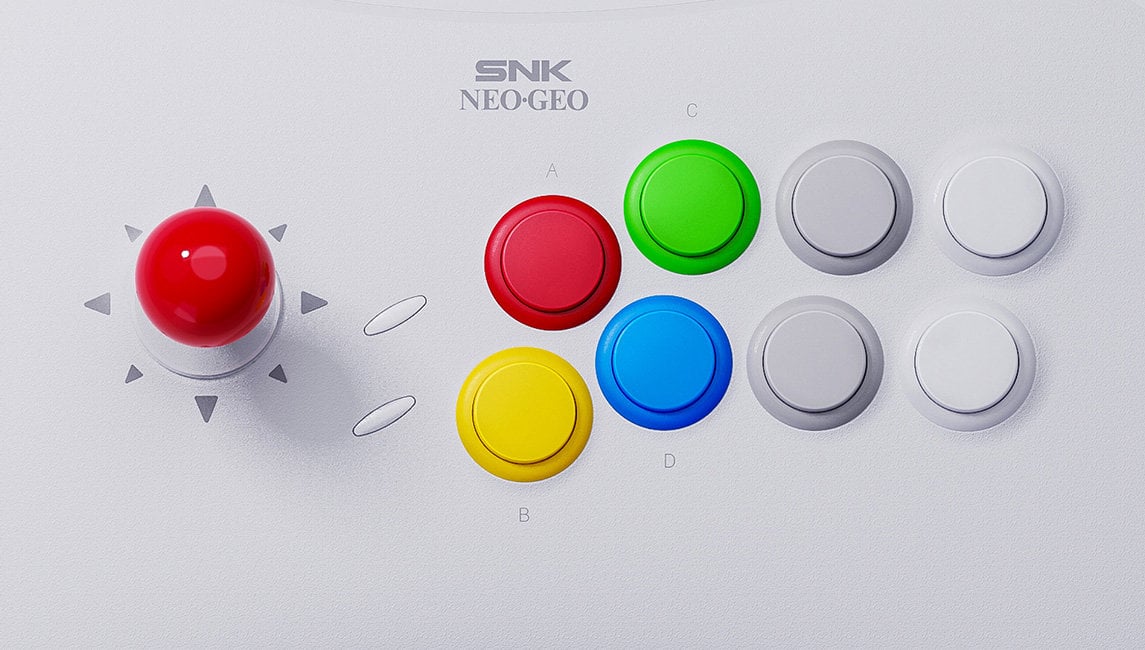 “The function buttons such as start and select are set on the side so players won’t press them by mistake when you are playing. Players can switch from “Joystick Mode” to “Connsole Mode” on the fly! Simply connect to a TV or display via the HDMI ports. It supports not only NEOGEO mini but also PC as a controller.The 2 meter long USB cable is stored in the bottom storage cabin. Adopting outstanding micro switch for joystick and buttons. With totally eight buttons, you can use it to play more games and when you are using it as a console, you can even customize the button layout to fit your individual playstyle! One interesting thing to note is that the ball-top of the stick can even be replaced easily without ever having to open up the case.”