It looks like NEC will be launching new new Android smartphones at MWC 2012 next week, the company has demoed three new devices in Japan, which you can see in the photo below.

As you can see from the photo, the first device looks similar to Sony’s Tablet P, with a dual screen folding display, the second device is a large screen display smartphone and the third comes with a fast activating camera. 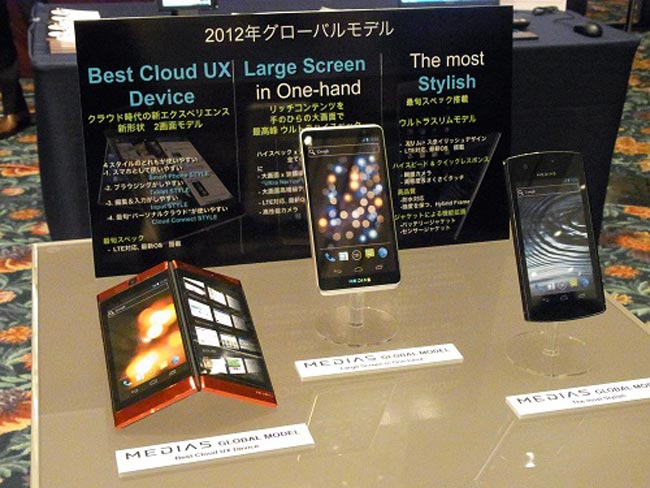 We don’t as yet have any specifications on these three new Android smartphones from NEC, what we do know is that all three smartphones will come with LTE and Android 4.0 Ice Cream Sandwich. 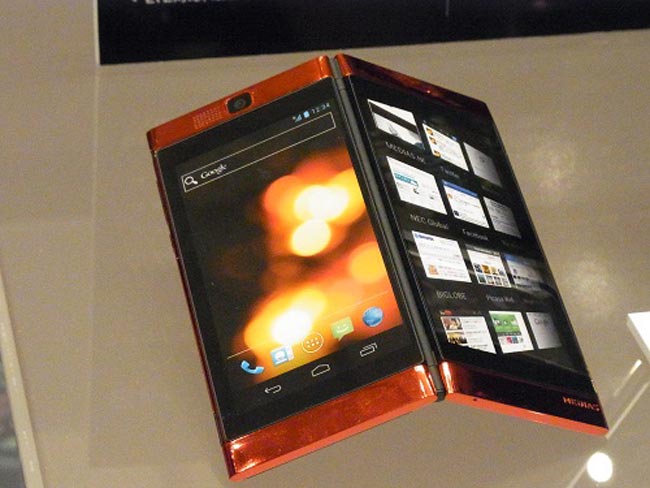 We should have more details next week, and it looks like these three new Android devices will be available outside Japan, as the photos clearly say ‘Global Model’.