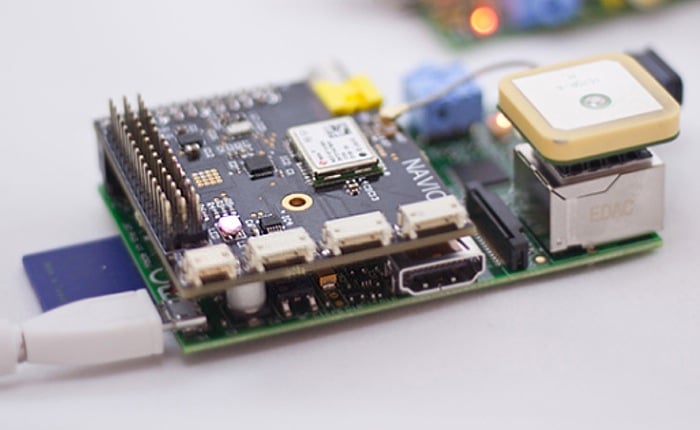 Hobbyists, makers and developers that are looking to take control of cars, boats, submarines, multirotors, planes, drones and any other kinds of moving robots parts using a Raspberry Pi mini PC.

Might be interested in a new device called the Navio Raspberry Pi Autopilot Shield which over the last three years has been developed into a commercial microcontroller based autopilot. 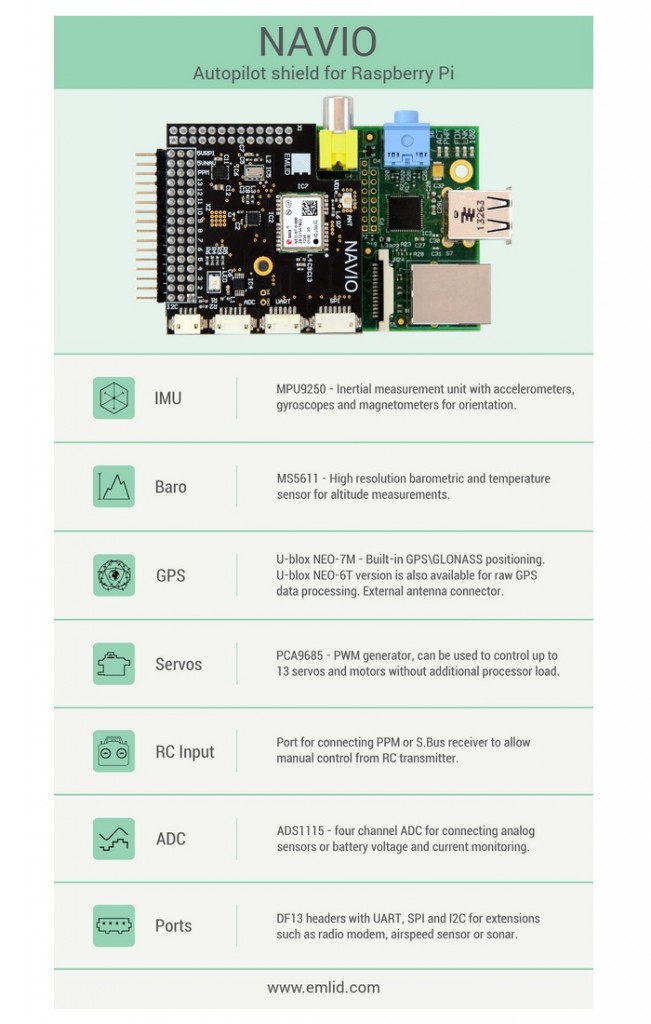 The Autopilot Shield is capable of running a fully featured operating system, and is easy to extend using a camera, Wi-Fi dongle or LTE modem or similar. The development team behind the Raspberry Pi Autopilot Shield explain a little more :

“Development tools were bulky and debugging was complicated. At the same time the ease of use and development for Raspberry Pi was phenomenal, so the idea to create Raspberry Pi autopilot came naturally.

There are several autopilot software projects, based on different technologies, that could be used with Navio. For example ArduPilot team has already made a large effort to make a Linux port.

Even though at the moment of shipment there may not be a fully functional autopilot code, we will work on making our drivers compliant with open source projects. Navio will help autopilot developers streamline the delivery of code for Linux to the UAV enthusiasts.”