Only 43 hours remain at the writing of this article in the Native Union Jump smartphone charger Kickstarter crowd funding campaign, which originally only required $40,000 to make the jump from concept to production.

The team at Native Union have now passed the $300,000 mark in pledges, for their new smartphone charger in the form of the Native Union Jump, which is available with either a Lightning connection or micro USB connection for Android smartphones. 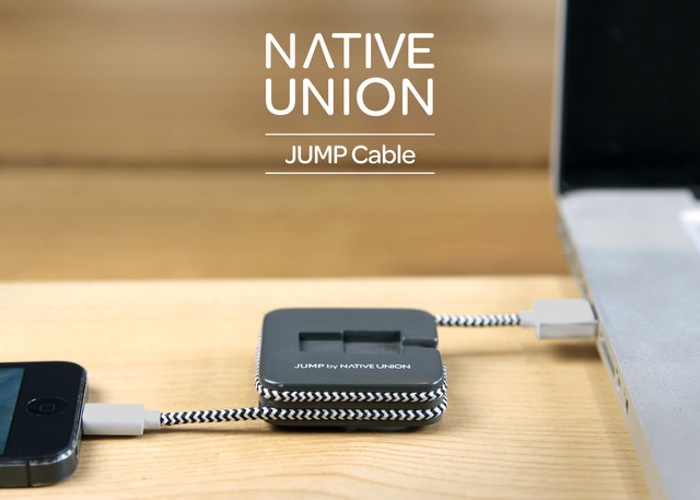 The Native Union Jump has been designed to provide users with both a handy and convenient charging cable for their smartphone that neatly packs away. Together with a small yet powerful 800mAh emergency backup supply of juice, for when you are caught short and away from the grid and need to top up your smartphone’s battery. Offering 1/3 top-up of power for your iPhone 5 or 5S battery when required.

As well as incorporating a cable and backup battery the Native Union Jump is also equipped with intelligent circuitry that will first charge or iPhone battery and then keep your emergency battery topped up and ready to use when you leave the desk. Its creators explain a little more:

“Unlike power banks, JUMP charges automatically every time you charge your phone, giving you complete reassurance that whatever situation you are in, there’s always power in your pocket. AutoCharge™ is an efficient circuit prioritization system that detects when the battery inside your smartphone is full, and automatically redirects the power to charge the batteries inside JUMP.”