Sofia, a.k.a. SOFIA as in Stratospheric Observatory For Infrared Astronomy, pulled off her maiden flight on November 30 with flying colors. The child of an unprecedented collaboration between NASA and its German counterpart, the DZLR, Sofia’s specialty is tracking interstellar phenomena with a 100 inch diameter infrared telescope. 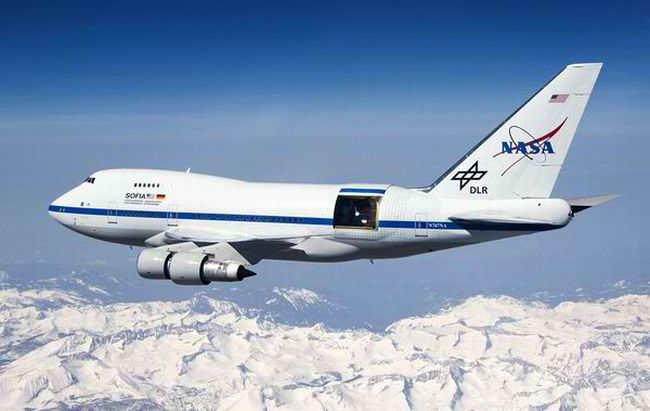 The tricked out 747SP carrying the infrared gear took off from an Air Force base in California and cruised at 45,000 feet to observe outer space phenomena involving black holes and the formation of stars.

The way Sofia goes about its scientific business is difficult to explain, but its infrared capabilities allow it to measure gas bodies in space. Fortunately for human kind, like most NASA activities photographic evidence of Sofia’s latest exploits are available to the public, with new images to be uploaded here very soon.

Like all great first installments, this isn’t the last bit of news about the 747SP. Come February next year Sofia is going back up, this time armed with German made hardware that receives terahertz frequencies.